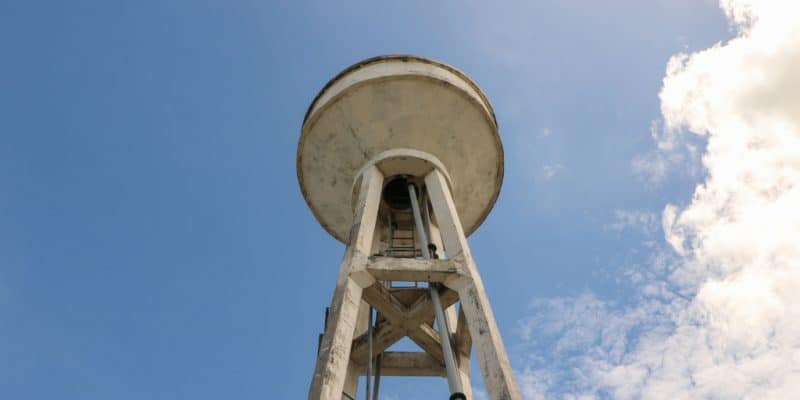 The new water tower of Aropka, in Sassandra County, is now operational. It has recently been commissioned by the Prime Minister of Ivory Coast, Amadou Gon Coulibaly. The infrastructure will serve 4,000 inhabitants in three localities.

The populations of Aropka, Kadropka and Lipoyo, which are located 25 kilometres from Sassandra, now have drinking water available. A new water tower was inaugurated in Aropka on February 14, 2020, by Prime Minister Amadou Gon Coulibaly. The urban hydraulic-type installation is made of reinforced concrete. With a height of 10 metres and a water retention capacity of 50 cubic metres, it will serve 4,000 inhabitants in the localities concerned. “We had to fetch drinking water 2 km away by canoe because we had to cross a muddy pond. Today, with the water tower built, it’s all over,” says Marie-Claire Grébodré, a resident of Arokpa.

Clémence Ouraga, president of a women’s group in the village of Lipoyo, sees the water tower as an opportunity to revive economic activities. The new Aropka water reservoir will finally enable the population to avoid the waterborne diseases that too often afflict the populations of the Aropka, Kadropka and Lipoyo localities.

The water tower of Aropka is the 3rd water tower inaugurated in the region of Gbôklé, since the beginning of the year 2020. It is worth noting that several other hydraulic projects are underway in the country.

The construction work for the water tower in the municipality of Abobo Avocatier was launched on December 12, 2019 by the Prime Minister, Amadou Gon Coulibaly. The work will supply 500,000 people, or almost half of the population of the municipality with drinking water. Entirely financed by the government of Ivory Coast to the tune of 5.25 billion FCFA (about 8 million euros), the works will be delivered within 16 months.

The “Water for All” programme

In the city of Abidjan, the rate of access to drinking water is 65 per cent, while more than 60 per cent of subscribers are not served continuously. To solve this problem, the government has set up the “Water for All” programme. Estimated at CFAF 1,320 billion (approximately ‘2.1 billion), this programme aims to achieve a 100 per cent access rate to drinking water at the national level by 2030. Within this framework, the Government recently allocated CFAF 291 billion (445 million euros) to the National Drinking Water Office (ONEP). These funds will be invested in the construction of drinking water supply networks. These facilities will make it possible to improve the water supply to the population.