Homepage » IVORY COAST: Nestlé finances a classroom made of recycled materials in Treichville

IVORY COAST: Nestlé finances a classroom made of recycled materials in Treichville 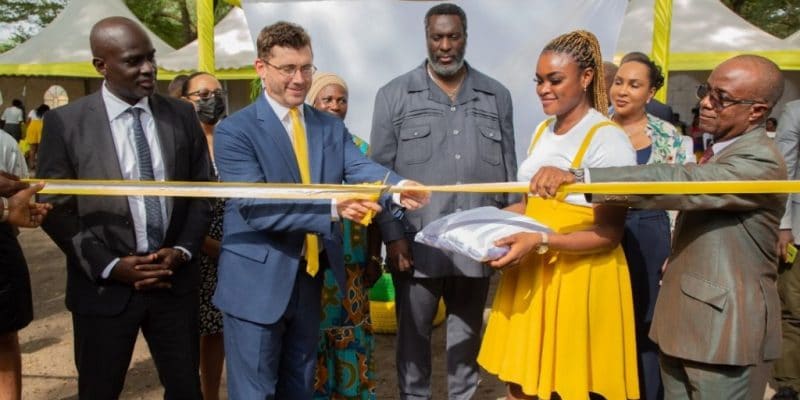 The Treichville council, located south of Abidjan, the economic capital of Ivory Coast, has just inaugurated a classroom built from recycled plastic waste. This building, donated by the Ivorian subsidiary of the Nestlé agri-food group, is in line with the Swiss group's sustainable development policy in this West African country.

In Ivory Coast, the 100-year-old Treichville Regional School, located 17 km south of the Abidjan district, has just been given a makeover with a new ecological classroom. The building built with recycled materials is an initiative of the Ivorian subsidiary of the Swiss food group Nestlé, financed by its Nido milk brand as part of its corporate social responsibility (CSR) policy. The project benefited from the collaboration of the Treichville City Council and the National Waste Management Agency (ANAGED). 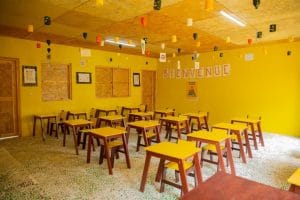 Other Ivorian cities will soon benefit from this initiative

The floor covering, the façade and the pavers of the classroom were made respectively of pieces of glass and paint made from plastic waste. The ceiling and doors were made from recycled wood. According to Anne Marie Zoulou, general manager of Envipur, the recycling company that made the benches, the building’s perimeter was also equipped with a garden with compost made from organic waste, fed by a rainwater retention system. This garden will allow students to grow and maintain plants on site.

According to the 6th deputy mayor of the council, Arthur Dallys Moloko, this project should be extended to other communes in the district of Abidjan as part of a program to reuse plastic waste. According to Thomas Caso, General Manager of Nestlé in Ivory Coast, this classroom is 30% less expensive than a standard building of the same size, with a lifespan of over 50 years. “Through this ecological classroom, we hope to transmit to the children the enthusiasm for the subjects around recycling in order to get involved in sustainable development,” says Thomas Caso.

The multinational intends to strengthen its contribution to the protection of the environment throughout its supply chain to consumers, particularly through the reduction of greenhouse gas emissions (GHG), the preservation of water, the promotion of the concept of recycling among customers and the use of recyclable packaging for the packaging of its food products.