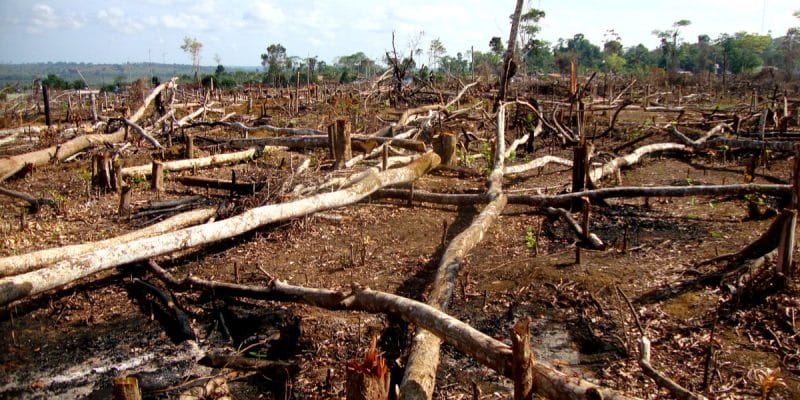 Ivory Coast is in the midst of a new geological era called the "Anthropocene", characterised by multiple upheavals due to human pressure on biodiversity. This is what emerges from the Human Development Report (HDR) 2020 in Ivory Coast, presented on May 19th, 2021 by the United Nations Development Programme (UNDP) office in Abidjan.

The Human Development Report 2020 in Ivory Coast examines the living conditions of populations under the prism of climate change. This phenomenon, which is reflected in the disruption of seasons, falling agricultural yields, floods, droughts and forced migrations, is mainly caused by man. “In Ivory Coast, the main cause of global warming is the combined actions of humans on biodiversity and natural resources. Extensive agriculture has over the years destroyed the forest, changing the climate and the green face of the country. As a result, the low productivity of farms, the loss of soil fertility and irregular rainfall show that “we have reached the limit of what is possible”, explains Carol Flore-Smereczniak, the United Nations Development Programme (UNDP) resident representative in Ivory Coast

For the UN official, Ivory Coast is one of the countries that best illustrates the new geological era that the planet has entered: the “Anthropocene”. First mentioned in 2000 by the Dutch Nobel Prize in Chemistry, Paul Josef Crutzen, the Anthropocene is a new geological phase, the main trigger of which was the industrial revolution of the 19th century. This phase is marked by man’s ability to transform the entire earth system.

Towards the extermination of the Ivorian forest

Ivory Coast is currently facing the disappearance of its forests due to extensive agriculture. According to the UNDP, the West African country lost 80% of its forest cover between 1900 and 2015. And at the rate of deforestation, the country could lose all its forests by 2034 if nothing is done.

Read also:  WEST AFRICA: How does the Nestlé Cocoa Plan measure up on deforestation?