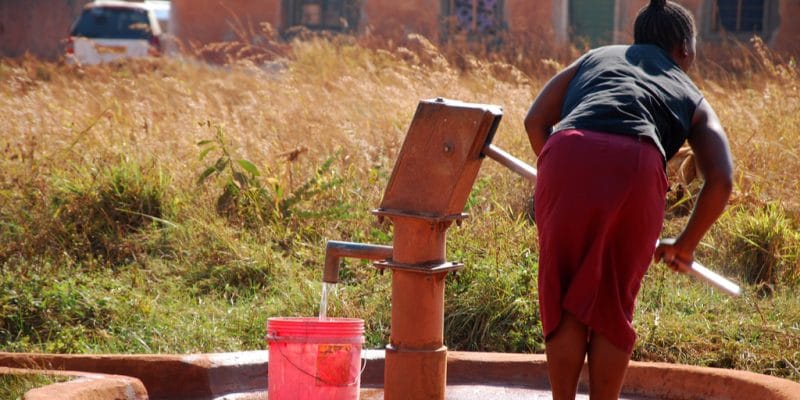 Human-powered pumps are to be set up in the Bafing region of Ivory Coast. This equipment will provide 10,000 villagers with access to drinking water. The work was officially launched on December 14, 2019, by the Ivorian authorities.

The installation of 18 human-powered pumps received its kick-off on Saturday, December 14, 2019, in Boroborotou by Moussa Sanogo, the Minister Delegate to the Prime Minister, in charge of the budget and the State portfolio. Like Boroborotou, 17 other localities in three departments of the Bafing region will each benefit from a water access point. These include Touba (5 localities), Koro (6 localities) and Ouaninou (7 localities). According to the representative of the national office of drinking water (Onep), Bini Kouakou Kossoou, “The boreholes will all be equipped with a human-powered pump that will bring the water up to 35 metres above ground”. These infrastructures will supply some 10,000 people with clean water.

In the coming months, road construction work will be carried out in these localities and the power supply will be switched on and extended. The road works will concern in particular the Touba-Saweka and Séguéla-Touba axes and will allow better drainage of rainwater.

The installation of the pumps is being launched as Ivory Coast prepares to vote a new law on water management in the country. A workshop to validate the draft bill on the drinking water code has just closed its doors in Abidjan. The new law will be promulgated in the coming days. The government is also engaged in the rehabilitation of 21,000 human-powered pumps, which should make it possible to supply water to about 11 million inhabitants of Ivory Coast while creating 500 permanent jobs. Currently, water production in the Abidjan District is 640,000 cubic metres per day. The same figure was 350,000 m3/day in 2011, against a demand of 500,000 m3/day. However, efforts still need to be made, as 200 of the country’s 500 sub-prefectures are not yet equipped with drinking water supply systems.