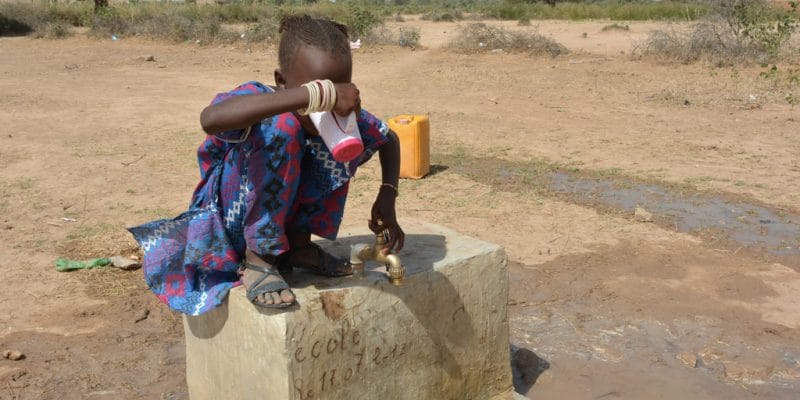 The second phase of the IDB-Uemoa Rural Water and Sanitation Programme is launched. This is the Ivorian part of a regional project that is supported by the Islamic Development Bank (IDB).

Ivorian Prime Minister Amadou Gon Coulibaly recently visited Binguébougou, a small town in the Korhogo district of the country. He was in northern Ivory Coast to launch the second phase of the IDB-Uemoa Rural Water and Sanitation Programme. As its name suggests, it is a programme that covers all countries of the West African Economic and Monetary Union (Uemoa).

The project is the Ivorian part of the programme, which involves the installation of 120 human-powered pumps in rural areas. The programme will also allow the construction of 60 drinking water supply installations (WSP).

With regard to sanitation, the Ivorian government plans to build 2,250 improved household latrines and 60 more for public buildings in the Poro, Chad, Bagoué, Kabadougou and Folon regions. Korhogo’s choice to launch this programme is significant. It is a community where the rate of access to drinking water is very low. The government of Ivory Coast used this criterion to select the five regions covered by the programme.

The support of the Islamic Development Bank (IDB)

At the launching ceremony of the second phase of the IDB-Uemoa Rural Water and Sanitation Programme, the Minister of Hydraulics, Laurent Tchagba, suggested that this project was part of the “Water for All Programme” which is currently attracting a lot of attention in the country.

The IDB-Uemoa Rural Water and Sanitation Programme was launched in February 2018. It has a total budget of 68 billion CFA francs, or nearly 104 million euros. The financing is provided by the Islamic Development Bank (IDB), the Uemoa Commission and Member States. Thus, in Ivory Coast, the implementation of this project should cost 8.4 billion CFA francs, or nearly 13 million euros. Since its launch, 3,400 water points have been built in the eight countries of Uemoa, including 300 in Ivory Coast. At the end of the second phase of the current programme, the results in the country will undoubtedly be much more significant.