Homepage » IVORY COAST: Foraci to supply water to 15,000 people in Korhogo with 124 boreholes

IVORY COAST: Foraci to supply water to 15,000 people in Korhogo with 124 boreholes 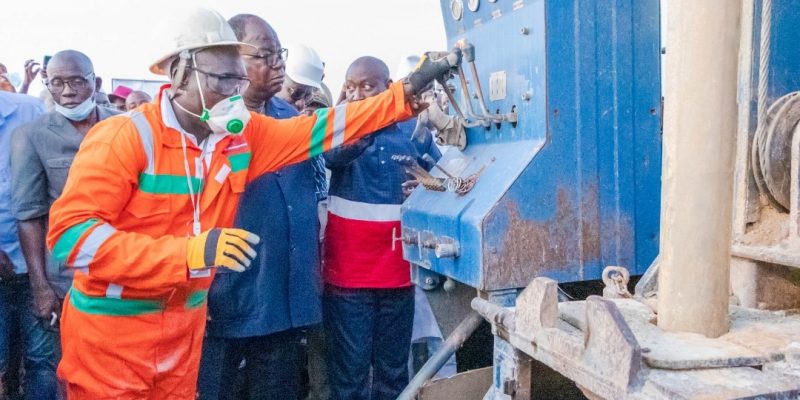 The Ivorian Minister of Hydraulics, Laurent Tchagba, is launching a new drinking water supply project in the department of Korhogo, in Ivory Coast. Part of the "Water for All" program, the project involves the construction of 124 boreholes equipped with human-powered pumps in three regions. The Ivorian government has awarded the contract to the company Foraci.

Work on the drinking water project has been underway since October 28th, 2021 by the Ivorian Minister of Hydraulics, Laurent Tchagba. It aims to improve the supply of nearly 15,859 people in rural areas, specifically in the regions of Poro, Tchologo and Tonkpi in the Korhogo division in Ivory Coast.

The company Foraci has been selected by the Ivorian government to implement this drinking water project. A total of 124 boreholes will be drilled by the company based in Yopougon. The installations will be equipped with human-powered pumps, 60 in Poro, 40 in Tchologo and 24 in Tonkpi. Foraci has begun work in the Poro region. It will take six months to complete.

The 124 boreholes will require an investment of 1.6 billion CFA francs (about 2.44 million euros). All of the funds will be provided by the Japanese government.

After this stage, several others will follow the Ivorian government’s objective being to cover the drinking water needs of all Ivorians by 2030. Following the launch of the 124 boreholes project in Korhogo, Minister Laurent Tchagba inaugurated a drinking water supply system in Kagbolodougou, a village located in the Sinématiali division.

The system includes a 50 m3 water tower with a height of 15 m, two boreholes and related facilities. This other project was entirely financed by the Ivorian government to the tune of 249 million CFA francs (over 379,000 euros). “The water supply system will produce 308 m3 per day for a need of 71 m3 per day, i.e. a surplus of 127 m3 per day. This will guarantee access to drinking water for 4,965 people until 2033,” said the Ivorian Minister of Water.