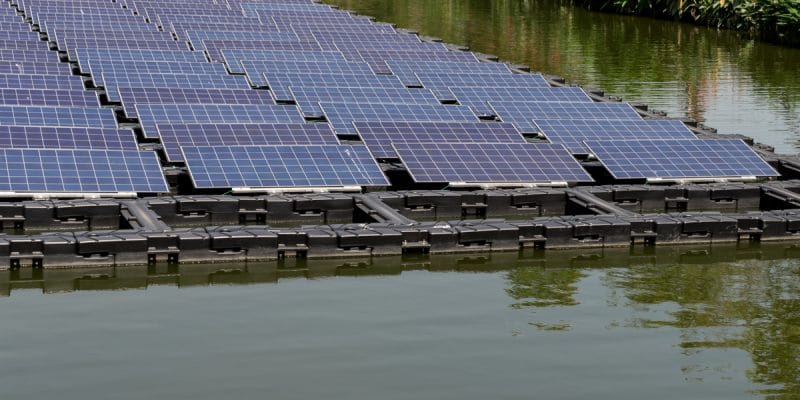 Ivory Coast will soon be the first, if not the second African country to have a solar power plant built on water. It is a project accompanied by France, which has just launched the construction of its first floating solar plant.

France somehow coaches Ivory Coast, in the construction of a solar power plant that floats on water. After launching September 20, 2018, the construction of its first floating solar plant on September 20, 2018, the hexagon turns to Ivory Coast, to set the model in Africa. The French Agency for Development (AFD), signed a convention for enhanced cooperation in the field of sustainable energy with the Ivorian government on November 29, 2018.

It is within the framework of the convention that AFD has granted a loan of 80 million euros to Ivory Coast. The support is intended to finance a floating solar power plant. The installation will be on one of the water bodies, lagoons or seas, found in the country, West Africa leader in the electricity sector. Ivory Coast’s objective is to bring renewable energies to 11% of its energy mix by 2020, then to 16% in 2030. And perhaps to make a name for itself on the African plan. Unless the Seychelles overtakes  …

Will the first solar power plant in Africa be in Ivory Coast?

The Ivorian Minister of Petroleum, Energy and Renewable Energies, Thierry Tanoh, announced on Monday, December 3, 2018 in Abidjan that his country would build the “first floating solar power plant in Africa“. A strong statement, which must, however, be nuanced. Seychelles, an archipelago of 115 islands off East Africa, also announced in April 2018, the construction of a first floating solar plant in Africa. A photovoltaic system that will float on lagoon of the “Rock”, in the Mamelles District, east of the country, by 2020. The competition, for the title of first African country to dispose of this type of solar power station, is thus between the Seychelles and Ivory Coast.

Are floating PV strictures a breakthrough in Africa?

The Seychelles and now, Ivory Coast; the African experience in the domain of floating solar power plants is becoming more democratic. This model makes it possible to capitalise on unexploited land areas from an energy point of view.Many specialists consider that the development of floating solar power plants offers advantages in terms of the valorisation of land surfaces which are undervalued: dams, industrial reservoirs, water treatment sites, aquaculture ponds … These are all sites, theoretically adapted to the development of floating photovoltaic projects, in a way compatible with the uses of other economic sectors (agriculture, industry …). The interest could also come from the fact that, even on a continent as vast as Africa, human populations tend to aggregate on the coastal strips, which are found with a greater density of population. It could be to justify the search for land area to value …