IVORY COAST: First solar power plant of 37.5 MW, will be located in Boundiali 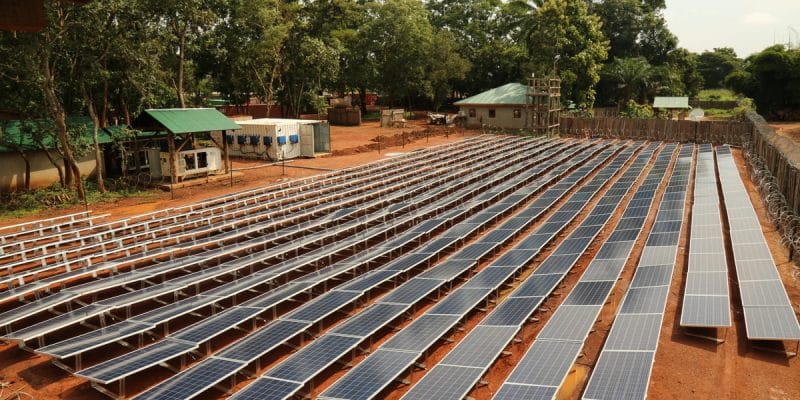 Germany and the European Union have both committed to finance the construction of Ivory Coast's first solar power plant. Located in the north of the country, it will have a capacity of 37.5 MW, which will supply 30,000 households.

Boundiali, a city of about 40,000 inhabitants, located in northern part of Ivory Coast, will soon contain the country’s first solar power plant. With an estimated capacity of 37.5 MWp (megawatt-peak, the maximum electrical power), the infrastructure will produce clean electricity for about 30,000 households, avoid the emission of 27,000 tonnes of CO2 and contribute to the creation of 300 jobs in the region.

The construction of the plant will be financed by a concessional loan of €27 million (CFAF 17 billion) from KFW (the German development bank) and a grant from the European Union (EU) of €9.7 million (CFAF 6 billion). A contribution from the Ivorian State will make it possible to reach the necessary 40 million euros (24.1 billion CFA francs).

The signing of the loan agreement and the financing contract for the project to build the solar power plant in Boundiali took place in Abidjan on Wednesday, October 3, 2018 in the office of Adama Konéu, Ivorian Minister of Economy and Finance. Also present were the German Ambassador to Ivory Coast, Michael Grau, the Director General of the German Federal Ministry for Economic Cooperation and Development and the head of the EU delegation, Ambassador Jobst Von Kirchmann.

Funding for this project is part of the “Compact with Africa” programme, an initiative launched in March 2017 by the G20 countries under the German presidency. The programme aims to promote private investment in the development of renewable energy in Africa. Consequently, Ivory Coast, like other countries on the continent, has committed to implementing the necessary reforms to create the conditions for private investment.

In July 2018, the first economic power in French-speaking West Africa, launched its National Renewable Energy Action Plan (Paner). Completed in 2016, the plan sets a target of 42% renewable energy in Ivory Coast’s energy mix by 2030. Large hydroelectric projects will cover 26% of this mix, while other renewable energies, including solar, biomass and wind power, are expected to generate 16% of the total installed capacity, which is expected to reach 4,000 MW in 2020 and 6,600 MW in 2030.