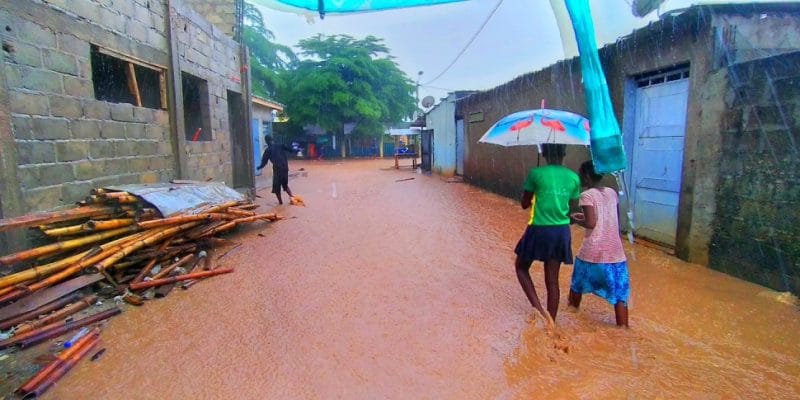 In recent years, the Ivorian government has launched several initiatives to improve sanitation and storm water drainage in order to avoid the deadly floods that Abidjan has been experiencing for decades. With the return of the rainy season, this phenomenon is increasing in the Ivorian economic capital.

The images of the floods of recent days have made the rounds of social networks in Ivory Coast and beyond… Cars floating like dead leaves waddling on the surface of a puddle, houses completely engulfed by rainwater, the toll of flooding is heavy this year. According to the Ivorian authorities, the floods of 21 June 2022 caused four deaths and affected around thirty people.

The heavy rains that fell on the city of Abidjan during the night of 20 to 21 June 2022 caused flooding mainly in the communes of Cocody, Yopougon, Abobo, Adjamé, Treichville and Bingerville. A few days earlier, on 17 July 2022, heavy rains caused a landslide in Mossikro, in the commune of Attécoubé in the west of the Autonomous District of Abidjan. The toll established by the Groupement des sapeurs-pompiers militaires (GSPM) is five dead, mostly children.

According to experts, floods could claim more victims in Abidjan, as the rainy season runs from May to November, with a break in August and September. However, June is the wettest month. To reduce the vulnerability of the population to the risk of flooding, the Ivorian government launched an operation at the beginning of June 2022 to demolish houses located in 50 landslide-prone areas in the city of Abidjan.

In addition to this emergency measure, on 10 March 2022, Ivorian Prime Minister Patrick Jérôme Achi launched the Urban Sanitation and Resilience Project (PARU) in Abobo. In this council of the Autonomous District of Abidjan, the work underway involves the construction of rainwater drainage works in Anonkoua Kouté. At a cost of 155 billion CFA francs (more than 236 million euros), the Paru also aims to improve the management of waste that clogs the drains.

Investments for what results?

According to the Ivorian government, phase 1 of PARU concerns the construction of a rainwater drainage network of 7.759 linear kilometres of canals with 13 crossing structures that will allow the evacuation of 184 m3 of water per second, relieving the watersheds of the Agouéto and N’dotré neighbourhoods in Anonkoua Kouté. The second phase of the work concerns the development of two basins in N’Dotré and Agouéto. Other funding has been allocated to the construction of sanitation infrastructures.

This is 245 billion CFA francs (more than 373 million euros) intended for the implementation of the Gourou integrated watershed management project, which should have a “positive impact” on the populations of the councils of Adjamé, Abobo, Cocody and Plateau. The first phase, which has now been completed, has enabled the rehabilitation and construction of drainage works in Adjamé, the construction of four flood control dams at the Abidjan Military Hospital, Paillet-West, Zoo-Aghien and Paillet-East, as well as the rehabilitation of three flood control dams at Dokui-West, Dokui-East and Agban.