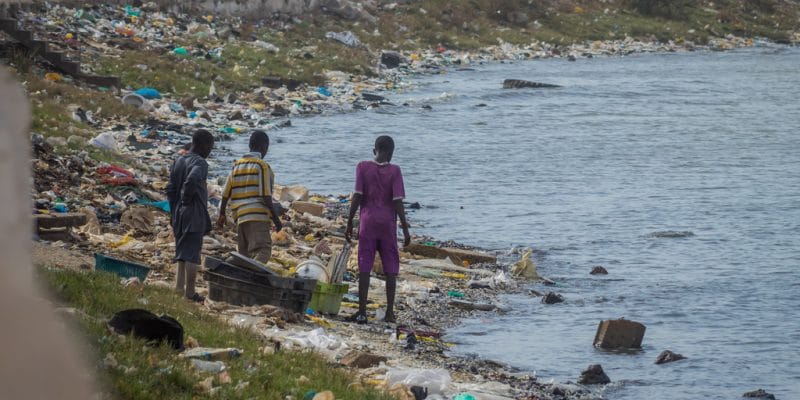 A plastic waste management project has just been launched by Nestlé Côte d'Ivoire, the subsidiary of the Nestlé Group and the municipality of Cocody, in the greater Abidjan area. Called "J'aime Cocody, loin de ma lagune les déchets plastiques" (I love Cocody, far from my lagoon plastic waste); the initiative will help reduce plastic pollution in the lagoon bays of this municipality.

Improving plastic waste management in the Abidjan commune of Cocody. This is the aim of a project that has just been launched by the municipality and Nestlé Côte d’Ivoire, a subsidiary of the Swiss food group Nestlé. Called “J’aime Cocody, loin de ma lagune les déchets plastiques”, the initiative is part of the social commitment of the Swiss firm, which uses plastic in abundance to package its products.

“Plastic has become one of the evils of our century in terms of environmental degradation. And to defeat it, we need a synergy of actions,” says Jean-Marc Yacé, the mayor of the town of Cocody. The municipality of Cocody and the Nestlé Group plan to set up a plastic waste collection system, which will be tested on each lagoon bay in the municipality. The system will be based on a network of pre-collectors, thus reducing the pollution that wipes out many species of aquatic animals and keeps tourists away.

An agreement was also signed between the municipality of Cocody, the Nestlé Group and the Envipur association. “According to the partnership, we will be in charge of waste collection in the lagoon bays,” says César Aka, Envipur’s CEO. The waste collected will be sorted and recycled. The Managing Director of Nestlé Côte d’Ivoire, Thomas Caso, also indicates that the Cocody sanitation project will create jobs for young people and promote the development of a circular economy in the commune.

Nestlé Côte d’Ivoire aims to make 100% of its plastic packaging in the greater Abidjan area recyclable or reusable by 2025. On July 3rd, 2020, the company launched the project “my council without plastic waste” in the council of Abobo, in collaboration with the Envipur association. The six-month initiative will collect 30 tons of plastic waste from Abobo’s uncontrolled landfills using pre-collectors. Similar projects are under development in several other councils in Ivory Coast.