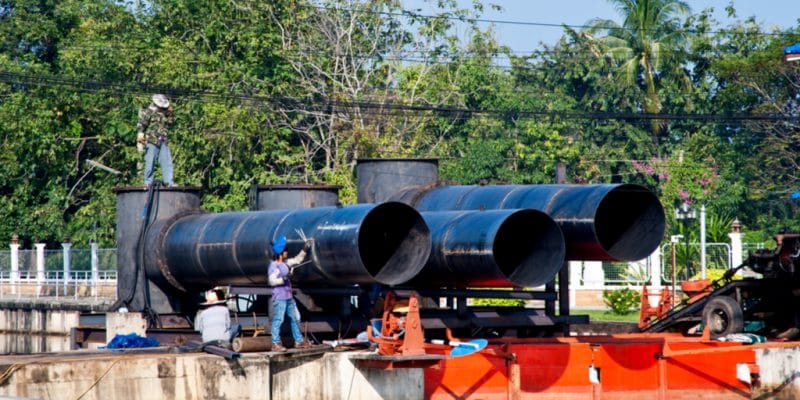 The Ivorian authorities have just appointed China Harbour Engineering Company (CHEC) to carry out several drinking water supply projects throughout Ivory Coast. The value of the contract is CFAF 64 billion, or €97.5 million.

In the coming days, the Beijing-based company will begin to execute its contract, including the extension of the drinking water distribution network in the city of Abidjan. The project will be launched as factories are being installed around the economic capital to provide drinking water to its more than 4 million inhabitants. One example is the drinking water plant, currently under construction by the American company Fluence Corporation, which will eventually supply 150,000 m3 of drinking water per day. A plant will treat water pumped from the Mé River near Abidjan. This other project is being implemented by the French company Veolia, in partnership with the Ivorian company PFO Africa.

A project of the “Water for All” programme

The €97.5 million contract, won by CHEC, also stipulates that the company will drill drinking water wells in 100 localities throughout the country. It will also provide drinking water to 80 localities in north-west, north and central-western Ivory Coast.

The drinking water supply projects, which CHEC will lead, are part of the “Water for All” programme launched by the government with the objective of providing 100% of the population with drinking water by 2020. The State has planned to invest no less than CFAF 1,320 billion (plus €2 billion) in the implementation of the programme.

Other projects are also underway in the country, including the construction of 6,000 solar-powered boreholes in the 31 regions. To ensure access to drinking water for all segments of the population, the government has seriously reduced the cost of a domestic connection. Since January 1, 2019, subscriptions to the drinking water network or a water supply system have cost 10,000 CFA francs (less than 16 euros). Just a month ago, the same service cost 160,000 CFA francs (244 euros).