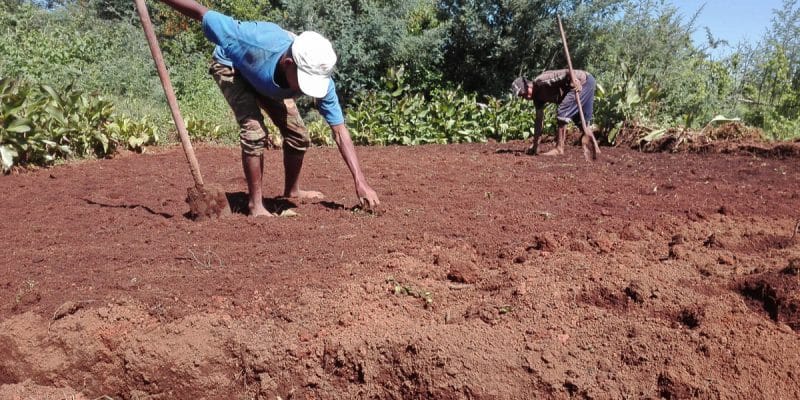 BioSave has been in the experimental phase since August 2019 in M'bayakro, a village located in central-western Ivory Coast. The application, created by three young Ivorian students, allows farmers to make their own organic fertiliser according to the available materials.

In M’bayakro, a village located in the western centre of Ivory Coast, a target group of 150 farmers has been experimenting with BioSave’s ecological services since August 2019. It is an application that offers its users different ways to produce their own organic fertiliser. First, the farmer sorts the organic waste available in his plantation (plant leaves, cocoa pods, dry or fresh herbs, animal excrement…). Then, the farmer uses the BioSave application available on his mobile phone to select a type of organic fertiliser that is easy to make himself, from the available waste.

The project faces the technological frontier

Although in its pilot phase, the implementation of the BioSave application in M’bayakro has nevertheless encountered limitations due to the lack of smartphones among some farmers. “The only difficulty we had was that not everyone had a smartphone. Out of 150 people, only 80 had one. That’s why we also plan to develop a voice server, available on simple laptops,” explained Kouassi Kotchi Willy Ramses, one of BioSave’s co-founders, with Konan Jeanne Armelle Manhounou and Guehi Jonas Robert.

To further facilitate the use of BioSave by farmers, the three founders made it available in three languages: French, Baule and Malinké, which are the most widely spoken languages in the region. In addition, images and voice notes also allow more people to use the application.

While BioSave’s promoters are still working on perfecting their invention for a better inking in the field of organic agriculture, respectful of the environment, the current prototype is already winning laurels. In September 2019, the three young innovators won close to 4,570 euros, or 3 million CFA francs, by winning the 2019 Social Entrepreneur Prize awarded by the telephone operator Orange-Côte d’Ivoire.

AFRICA: FMO contributes €10 million to the eco.business fund for biodiversity

SENEGAL: A campaign to plant 20 million trees by the end of September