IVORY COAST/BENIN: a water and sanitation project will benefit 16 councils 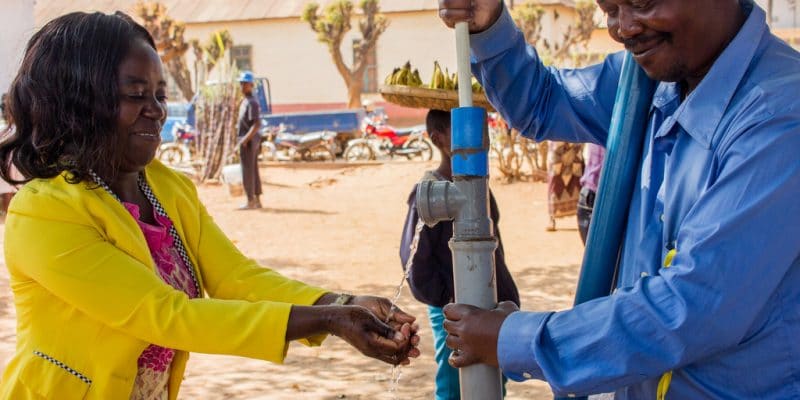 On December 8th, 2020, the Ivorian government officially launched the Municipal Water, Sanitation and Hygiene Project in West Africa (MuniWASH). The Project is being implemented in 16 municipalities in Ivory Coast and Benin by the American engineering company Tetra Tech, in partnership with the African Water Association (AfWA). The initiative is funded by the United States Agency for International Development (USAID).

The Municipal Water, Sanitation and Hygiene Project in West Africa (MuniWASH) is officially launched after a long process of selecting the beneficiary municipalities. A total of 16 municipalities have been selected for the project, including eight in Ivory Coast and eight in Benin. They were selected on the basis of a diagnostic study of water and sanitation needs.

In Ivory Coast, the MuniWASH project will be implemented in the councils of Abobo, Abengourou, Bouaké, Gagnoa, San Pedro, Soubré, Yamoussoukro and Yopougon. The town halls of Abomey-Calavi, Aplahoué, Allada, Bohicon, Cotonou, Ouidah, Sô Ava and Avrankou will be beneficiaries in Benin. The cost of this initiative amounts to $18 million, funded directly by the United States Agency for International Development (USAID). The contract is being carried out by the U.S. company Tetra Tech.

A project implemented by Tetra Tech

In Ivory Coast and Benin, the MuniWASH project will be implemented by the consulting and engineering company Tetra Tech. The company, based in Pasadena, California (USA), in collaboration with the African Water Association (AfWA), will build the capacity of authorities and sector providers through increased and sustainable private sector investment in water and sanitation services. Tetra Tech will also improve the operational reliability of water and sanitation utilities and service providers; and the governance and management of water and sanitation projects by municipal authorities. The aim is to “bridge the gap between countries’ national priorities and sustainable development goals (SDOs),” says Safaa Fakorede, the regional director of the MuniWASH project.

The MuniWASH project, technically underway since 2019, will be completed in 2024. The initiative should enable the Ivorian government to move “considerably” towards its goal of increasing the country’s water access rate from 82% currently to 100% by 2030.