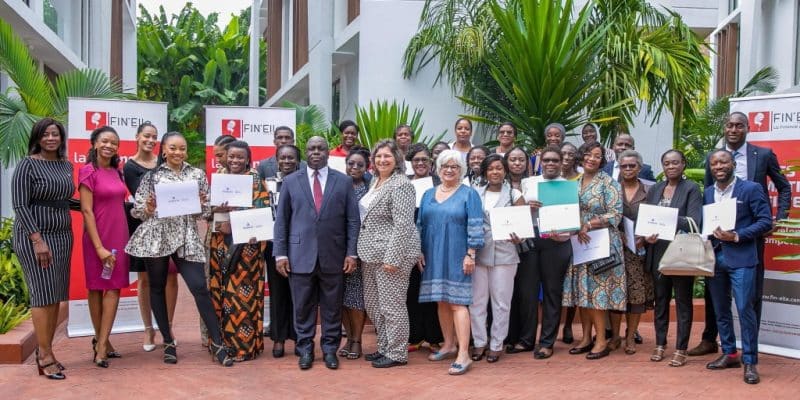 Between 2023 and 2025, the Dutch government will finance 43 projects led by young entrepreneurs in Ivory Coast to the tune of 400 000 euros. The aim is to accelerate sustainable development in this West African country.

The Kingdom of the Netherlands wants to support sustainable development in Ivory Coast. In this context, the Dutch government is granting 400,000 euros (262 million CFA francs) for the implementation of 43 projects focusing on renewable energy, agro-ecology, water and sustainable transport in this West African country. These projects are led by young Ivorians under the “Orange Corners” programme, the sixth cohort of which was recently presented in the city of Abidjan.

The initiative is jointly led by Jane Feehan, the head of the European Investment Bank (EIB) representation in West Africa, and Jean Baptiste M’boh Yapi, the country director of the United States African Development Foundation (USADF) in Ivory Coast. “Today, 75% of the Ivorian population is under 35 years old. So we need a private sector that has room for everyone. We are creating 100 jobs in three years through these start-ups, which will gradually become small and medium-sized enterprises (SMEs),” says Yvette Soraya Daoud, the Dutch ambassador to Ivory Coast.

The 43 entrepreneurs financed by Amsterdam will also receive technical assistance so that their projects contribute to the “development of the circular economy and smart city infrastructure” over the next three years. Among the 120 winners supported since 2019 by “Orange Corners” is Seck Seydina Issa whose company develops solar solutions for food preservation. The programme will select its seventh cohort until 30 January 2023 with a focus on “innovative projects that have a positive impact on climate, health and education”.

A year ago, the Dutch government, through the EIB, provided €25 million to developing countries on the African continent, including Ivory Coast. This support will help to strengthen the supply of water to the population in the framework of the Water Sector Fund (WSF), an initiative to accelerate the achievement of Sustainable Development Goal 6 (SDG6) on water and sanitation. The funding will improve access to water in conflict zones, drought-affected regions and fragile coastal populations.