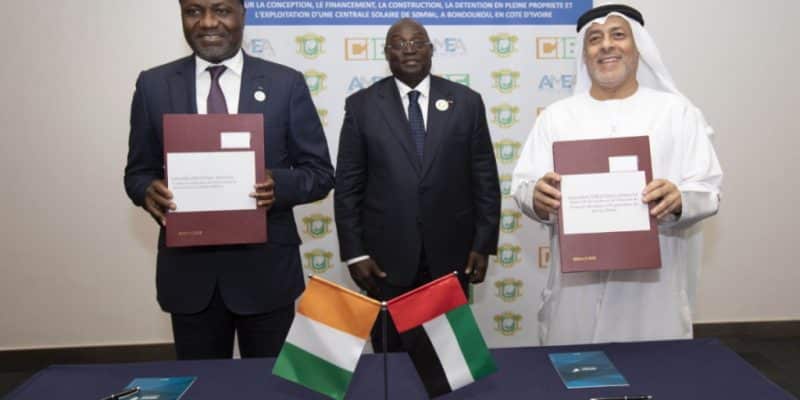 Independent Power Producer (IPP) Amea Power has signed agreements with the Ivorian authorities for the financing and construction of a 50 MWp solar photovoltaic power plant in Bondoukou. The solar park will be connected to the national electricity grid of Ivory Coast.

Amea Power continues its expansion in West Africa. The independent power producer (IPP) based in Dubai, United Arab Emirates, has announced the construction of a 50 MWp solar photovoltaic power plant in Bondoukou, in the Gontougo region, 420 km northeast of the economic capital Abidjan. The concession agreement for the project was signed on the sidelines of the Abu Dhabi Sustainable Development Week, which ends on 19 January 2023.

At the same time, Amea Power also signed a power purchase agreement (PPA) under which the output of the Bondoukou solar power plant will be sold to the Ivorian Electricity Company (CIE) for 25 years. “Ivory Coast is in the midst of an economic and social transition, which will be stimulated by the development of clean energy and which reflects the whole continent,” says Hussain Al Nowais, president of Amea Power.

The Bondoukou solar power plant will be able to produce 85 GWh of electricity per year, equivalent to the consumption of 350,000 people. The project will require an investment of $60 million, financed entirely by Amea Power under the BOOT (Build, Own, Operate and Transfer) model, a form of public-private partnership (PPP).

Amea Power thus becomes the first IPP to sign a PPA for a solar plant in Ivory Coast. But other projects are expected to follow, including Touba and Laboa. These locations have been selected for the construction of two power plants with a combined capacity of 60 MWp under the “Scaling Solar” programme of the International Finance Corporation (IFC), the private sector financing arm of the World Bank Group.

Both projects were put out to tender and the results are still awaited. Overall, Ivory Coast wants to increase the share of renewable energy in its electricity mix to 42%. Currently, the West African country has an installed capacity of 2,369 MW, of which 875 MW is produced by hydroelectric dams and the rest by biomass and thermal plants, according to Power Africa.