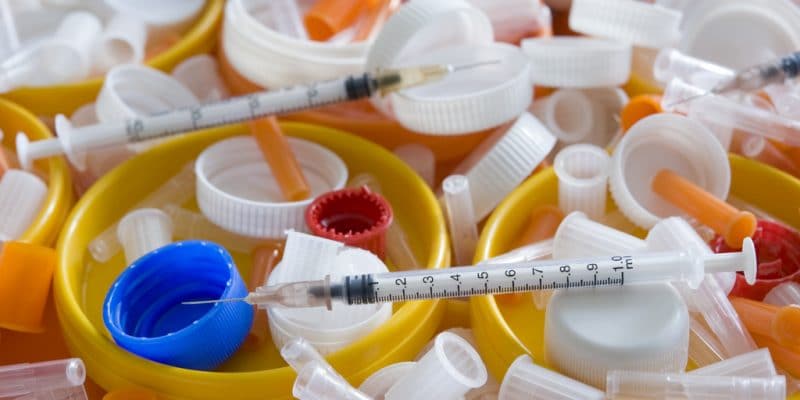 In Ivory Coast, the Bondoukou Hospital Centre (CHR) now treats its waste. On August 25th, 2021, the health structure benefited from a new equipment called banaliseur. The device crushes and sterilises more than 60 kg of waste per day using steam.

As Ivory Coast continues its vaccination campaign against Covid 19, the government is finding alternatives for the treatment of medical waste produced by the country’s health facilities. In this context, the Ivorian Ministry of Health, Public Hygiene and Universal Health Coverage recently inaugurated a banalizer at the Bondoukou Hospital Centre (CHR).

The device grinds and sterilises more than 60 kg of hospital waste per day using steam. This includes needles, compresses, cotton wool, etc. The device installed in Bondoukou is similar to those put into service in the cities of Bouaké, Anyama and Treichville. The cost of the machines is estimated at more than 600 million CFA francs (about ‘915,000).

The European Union (EU) is helping to finance the new equipment. In addition to eliminating medical waste, the government wants to reduce the number of patients contaminated by the corona virus. According to the latest report from the Ivorian Ministry of Health, Public Hygiene and Universal Health Coverage, published on August 25th, 2021, the country has 54,038 confirmed cases, of which 52,834 people have been cured, 413 have died and 791 are active. To date, Ivory Coast has received 1,293,296 doses of vaccine between March 1st, and August 24th, 2021.

Hospital waste, especially chemical waste, if poorly managed, poses risks of air, water and soil pollution and exposes humans and other plants to adverse effects. “85% of this waste is comparable to household waste and is not hazardous. The remaining 15% is considered hazardous and may be infectious, toxic or radioactive,” the World Health Organization (WHO) said in a report published in February 2018.