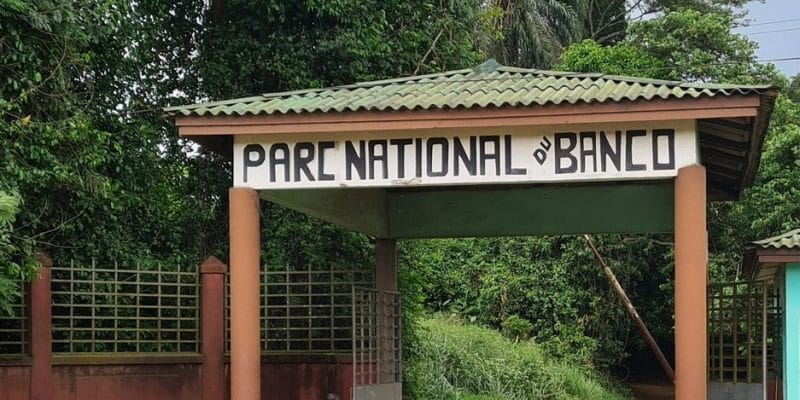 The Ivorian Office of Parks and Reserves (OIPR) is working on the second phase of the construction of the fence of the Banco National Park, located west of Abidjan, the economic capital of Ivory Coast. The project aims to strengthen the protection of the second largest urban park in the world, measuring over 34 square kilometres. A unique site that the Ivorian authorities intend to include on the United Nations Educational, Scientific and Cultural Organisation (UNESCO) World Heritage List.

The residents of the Banco National Park have nicknamed it “the great wall”. It is a concrete fence about 3 metres high, topped by a spiral of barbed wire. Its second phase of construction, planned to cover 4,500 kilometres, began in June 2022 and should be completed in 2023, thus completely encircling the Banco National Park, located to the west of Abidjan, the economic capital of Ivory Coast.

“In reality, it is 12 km of fencing for a perimeter of 24 km, because a good part of the border has already been nibbled away here and there to build urban plots,” explains Adama Tondossama, the director general of the Ivorian Office of Parks and Reserves (OIPR). The first part of the fence, 4.4 kilometres long, in the north of the park was handed over on 31 March 2022.

The construction of such an imposing fence around the park aims to limit the multiple aggressions of which it is victim, due to anarchic urbanization. “These include illegal activities such as logging and poaching, dumping of household waste inside the park, and the search for food and traditional medicines,” the OIPR said in a note.

A water reservoir for the city of Abidjan

Established as a national park by decree on 31 October 1953, the Banco National Park covers 3,438 hectares. It is the second largest urban park in the world, after Tijuca National Park in Brazil. Considered the water reservoir and green lung of the city of Abidjan, the Banco water table provides 40% of Abidjan’s drinking water and captures 90,000 tonnes of carbon dioxide (CO2) per year, according to the OIPR.

In addition to conservation efforts, the OIPR aims to have the Banco National Park listed as a World Heritage Site by the United Nations Educational, Scientific and Cultural Organisation (UNESCO). The park has a rich biological potential, including a family of chimpanzees living in 600 hectares of primary forest, an arboretum with more than 800 species of higher plants from the tropical regions of Africa, Asia and Latin America. There are also fish ponds, a semi-natural swimming pool, a restaurant, and the house of Governor Joseph-François Reste (a French colonial administrator), which serves as an eco-museum.