Homepage » IVORY COAST: 90% of the forest cover has disappeared in 60 years

IVORY COAST: 90% of the forest cover has disappeared in 60 years 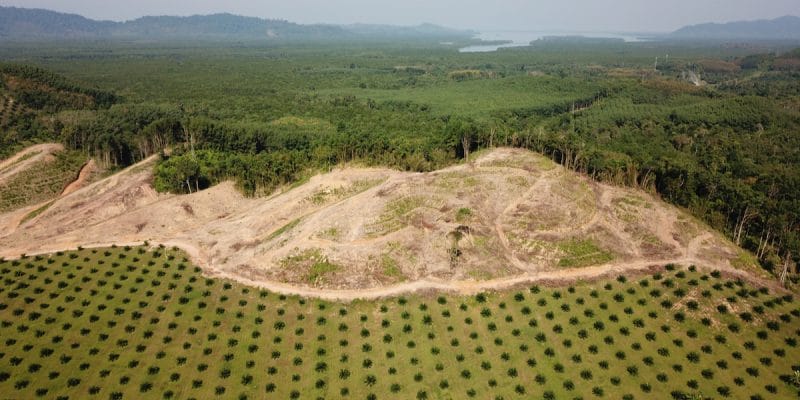 The results of the new Ivory Coast Forest Inventory (IFFN) are worrying. Over the last 60 years, 90% of the Ivorian forest surface has disappeared. While in terms of fauna, only three species out of the 120 targeted have more than 40% of observations in the wild.

The new Forest and Wildlife Inventory of Ivory Coast (IFFN) highlights the need for urgent action to protect and restore biodiversity. Published on June 29th, 2021, the results of the IFFN are as worrying in the area of fauna as they are in the area of flora.

The inventory shows that Ivorian forest cover is now estimated at 2.97 million hectares, which represents 9.2% of the territory. Only 13.3% of classified forests and 32.2% of protected areas still contain forest cover. The West African country is thus experiencing heavy deforestation. Over the past 60 years, almost 90% of the forest cover has been cleared, making Ivory Coast one of the countries in Africa with the highest annual deforestation rate. And if nothing is done, the inventory notes, “there will be less than two million hectares of forest left in 2035 in Ivory Coast and more forest in its southern part (excluding protected areas)”.

As for wildlife, the inventory indicates that of the 120 animal species surveyed, only 3 species account for more than 40% of observations (the hare, the harnessed guib and the aulacode). In addition, more than thirty of the animal species targeted by the inventory have joined the International Union for Conservation of Nature (IUCN) red list. Five of these species are classified as “critically endangered“. These are the armoured crocodile, the panther, the cercopithecus Diana, the magisterial colobus and the chimpanzee.

A project financed and implemented by France

The forest and wildlife inventory of Ivory Coast was launched in 2019. The Ivorian Ministry of Water and Forests had entrusted the project to a group made up of France’s Institut national de l’information géographique et forestière (IGN), the international subsidiary of the French National Forestry Office (ONF), and IGN FI, a geographic engineering company. To finance the project, the Ivorian Ministry of Water and Forests received funds from the French Development Agency (AFD) as part of the Contrat de désendettement et de développement (C2D), a programme for the cancellation and conversion of bilateral debt granted additionally by France.

Read also-AFRICA: when CSR comes to the rescue of biodiversity

This new IFFN replaces the one carried out in 1978, whose data no longer corresponded to the reality on the ground. The results of this project emphasise the need to set up a permanent structure to continue the inventory of the Ivorian fauna and flora. The results of this work are indeed decisive in the elaboration of environmental policies and sustainable development strategies. As part of its Nationally Determined Contribution (NDC), Ivory Coast has committed to reducing its greenhouse gas emissions and maintaining a forest cover equivalent to at least 20% of the national territory.