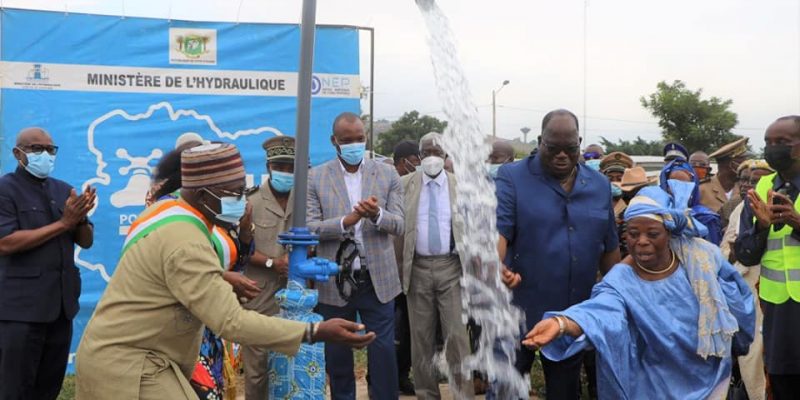 In Ivory Coast, the Haut-Sassandra and Guémon regions have seven new compact degremont units (UCD), with a total capacity of 14,000 m3 per day. The plants designed by Suez were installed by the Ivorian company Franzetti in the towns of Daloa, Issia, Duékoué and Guiglo.

With these seven new plants, Ivory Coast now has 15 compact degremont units (UCDs) designed by the French group Suez. The small modular plants are installed in the towns of Daloa and Issia, located in the Haut-Sassandra region, Duékoué, located in the Guémon region and Guiglo in Cavally region. The compact units were installed by Franzetti.

In the city of Daloa, the Ivorian company has installed three UCDs. Each installation has a capacity of 2,000 m3 of water per day. With this compact system, the daily production of drinking water in Daloa has increased from 9,000 m3 to 15,000 m3. The government financed the work to the tune of more than 24.3 billion CFA francs (around 37.1 million euros).

On July 23rd, 2021, the Ivorian Minister of Hydraulics, Laurent Tchagba, also inaugurated a UCD in Issia in the Haut Sassandra region. The government is also planning to lay a 20 km pipeline to supply 3,000 households. Its construction will require an investment of 1.27 billion CFA francs (190,610 euros).

Two prefabricated units supply the populations of the town of Duékoué, in the Guémon region. With the new UCDs, the town’s drinking water production capacity has increased from 1,800 m3 to 5,800 m3 per day. The commissioning of the facilities was followed by the launch of work to extend the water distribution network in the town of Duékoué, which will last six months.

The seventh UCD, inaugurated on 26 July 2021, also has a capacity of 2,000 m3 per day. The Ivorian state invested 709 million CFA francs (more than 1.08 million euros) for its installation in Guiglo, a town located in the Cavally region. Laurent Tchagba, the Ivorian Minister of Hydraulics, also launched the work of laying 51 km of pipes to bring drinking water to the population.