HORN OF AFRICA: Drought to continue for 5th consecutive year 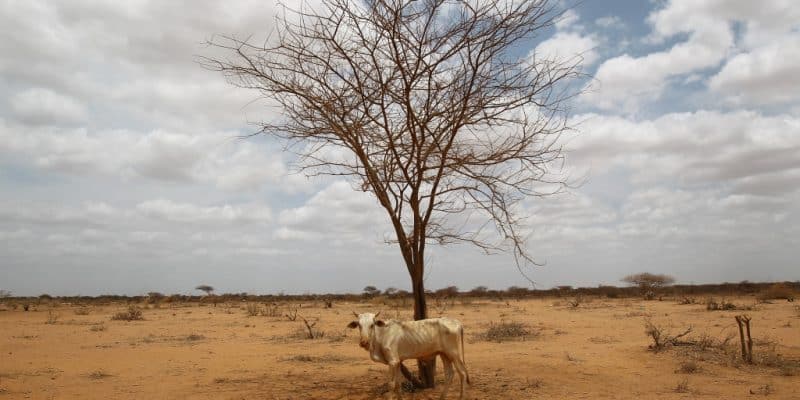 According to the Intergovernmental Authority on Development (IGAD), rainfall in the Horn of Africa will be low for the fifth consecutive year. This makes it one of the worst droughts in this part of East Africa in 40 years.

With the forecasts of the Intergovernmental Authority on Development (IGAD), the states of the Horn of Africa and international organisations are now on the alert. The drought in this part of Africa is expected to worsen for the fifth year in a row, a phenomenon that is considered to be unprecedented in the last 40 years and which has completely wiped out the livelihoods of millions of people, mainly in Somalia.

As drought and hunger worsen in Horn of Africa, @CREWSinitiative and @icpac_igad launch project to strengthen #EarlyWarningEarlyAction and weather services in Ethiopia, Somalia and Sudan
WMO is an implementing partnershttps://t.co/j1ZxBsB6Ov
Photo: @UNICEF Mulugaeta Ayene pic.twitter.com/wfgYiccUCd

“It pains me to be the bearer of bad news, when millions of people in the sub-region have already suffered the longest drought in 40 years. Unfortunately, our forecasts show with a high degree of confidence that we are entering the fifth consecutive failed rainy season in the Horn of Africa. In Ethiopia, Kenya and Somalia, we are on the verge of an unprecedented humanitarian disaster,” says Guleid Artan, Director of the Igad Climate Prediction and Applications Centre (ICPAC), which is the World Meteorological Organization’s (WMO) regional climate centre for eastern Africa.

According to the sub-regional organisation of seven East African countries, forecasts for the period October to December 2022 indicate a high probability of drier than average conditions in most parts of the region. This is expected to affect Somalia, Kenya and Ethiopia. These countries are expected to receive “significantly below normal rainfall”, says the WMO.

The rainfall deficit is expected to extend to parts of Eritrea, most of Uganda and Tanzania, as ICPAC estimates that the onset of the rainy season is likely to be delayed over most of the eastern part of the region. The October to December rainy season contributes up to 70% of the total annual rainfall in the equatorial parts of the GHA, including eastern Kenya.

What is the response to the crisis?

The crisis affecting this region, already known for its arid climate, is exacerbated by La Niña. Still poorly understood, this climatic phenomenon manifests itself through a decrease in surface temperatures in the eastern Pacific Ocean, around the equator. As a result, the number of cyclones increases in the Pacific and drought intensifies in South America and East Africa. Somalia, Ethiopia and Kenya are the African countries most exposed to these phenomena.

Faced with this situation, the WMO recommends a number of solutions to reduce the impact of drought on populations and biodiversity. “I solemnly renew our call to national governments, donors, humanitarian and development actors to adopt a no-regrets strategy and help us overcome the worst of this crisis,” says Workneh Gebeyehu, Executive Secretary of IGAD. The WMO advocates the establishment of hydrometeorological and early warning services (EWS). These services “have the potential to reduce the negative impacts of drought,” says the Geneva, Switzerland-based organisation.