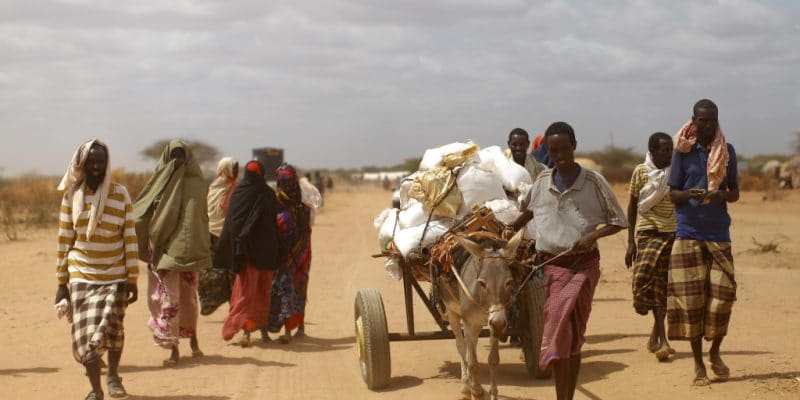 According to the Food and Agriculture Organization of the United Nations (FAO), the drought in the Horn of Africa will require $138 million to support farmers and pastoralists affected by the drought.

The Horn of Africa is currently experiencing a severe drought. The Food and Agriculture Organization of the United Nations (FAO) is alerting the international community to take swift action to help the rural populations most at risk. According to the organization, if nothing is done in the next six months, a total of 1.5 million people will be affected in this part of Africa.

The crisis affecting this region already known for its arid climate is exacerbated by La Niña. Still poorly understood, this climatic phenomenon is manifested by a decrease in surface temperatures of the waters of the eastern Pacific Ocean, around the equator. As a result, the number of cyclones increases in the Pacific and drought intensifies in South America and East Africa. Somalia, Ethiopia and Kenya are the African countries most exposed to these phenomena.

The need for urgent action

The drought is compounded by other factors, including conflicts in Ethiopia and Somalia, the health crisis caused by Covid-19, and, most importantly, the locust invasion of 2020 and 2021. In February 2020, more than 70,000 hectares of agricultural plantations were devastated by locusts in Somalia and Ethiopia. The situation was more critical in Kenya where the locust invasion affected the livelihoods of 2.5 million people.

Read also- SOMALIA: when drought threatens the food security of one in four inhabitants

Faced with this situation, the FAO is presenting a plan to emerge from the crisis that will require an overall investment of 138 million dollars. To improve farmers’ resilience to drought, the UN agency plans to distribute seeds of drought-tolerant and early-maturing varieties of sorghum, maize, cowpeas and mung beans (rich in protein), as well as nutrient-rich vegetables. The plan also calls for organizing planting preparation and tilling services, improving access to irrigation and training in good agricultural practices.

For livestock farmers, FAO plans to provide feed and nutritional supplements and revive mobile veterinary clinics to keep animals healthy and producing milk. The organization will also invest in water supplies for livestock through the installation of new 10 000-litre collapsible tanks in remote areas. Existing wells will be rehabilitated and equipped with solar pumps. In coastal locations, particularly in Somalia, FAO will support local fisheries through the provision of boats, equipment, and training of local fishermen.

For an effective action, FAO estimates that 130 million dollars will be needed by the end of February 2022. Ultimately, this plan, if funded, is expected to produce 90 million liters of milk and up to 44,000 tons of staple food during the first half of 2022. Such production should provide security for at least six months for more than one million food insecure people, estimates the organization headed by Qu Dongyu.