Homepage » GULF OF GUINEA: a region facing the worst oil spill in history

GULF OF GUINEA: a region facing the worst oil spill in history 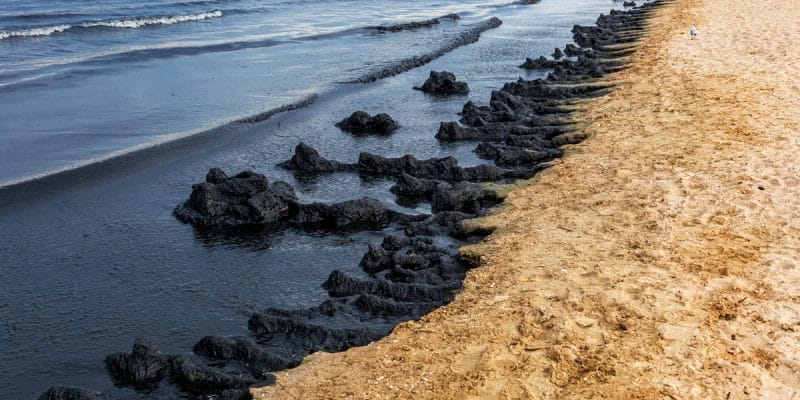 According to satellite image studies carried out by VisioTerra, the West African coasts are suffering from one of the biggest oil spills in history. More than 632 million litters of oil spilled into nature. The organization speaks of an oil spill greater than that of the explosion of the Deepwater Horizon platform, which occurred in 2010 in c, southeast North America.

West African communities affected by oil pollution now have something to show for their complaints. Satellite image studies by VisioTerra show that their region is suffering from a perpetual oil spill. The independent French company specializing in scientific advice for earth observation is not at all modest in its estimates. According to them, it is the worst oil spill in history. An oil spill greater than that of the explosion of the Deepwater Horizon platform, in April 2010, in the Gulf of Mexico (southeast of North America), which resulted in the spill at sea, 4 million barrels (632 million litters of oil), according to the final balance of the U.S. Environmental Protection Agency (EPA).

VisioTerra arrived at this finding after analysing a total of 3,644 Envisat radar images collected between 2002 and 2012 over 17 exclusive economic zones (EEZs) in the Gulf of Guinea. As a result, the organization identified up to 18,063 oil slicks grouped into three classes. Oil spills on platforms, oil spills on ships and oil seeps.

Visio Terra’s revelations confirm the fears once expressed by scientists and environmentalists about the seriousness of the oil spill risk in the Gulf of Guinea. Shared by 11 countries located mainly in West Africa, the region has many offshore oil platforms and some of the world’s largest oil reserves.

One of the current hot spots of popular protest against oil spills from the oil industry is in Etimboué in western Gabon. The village is the victim of an ecological disaster. In an alert launched on the internet in December 2020, the inhabitants of this locality present the oil spill and the hydrocarbon spills, which have polluted water and land, making agriculture and fishing, almost impractical.