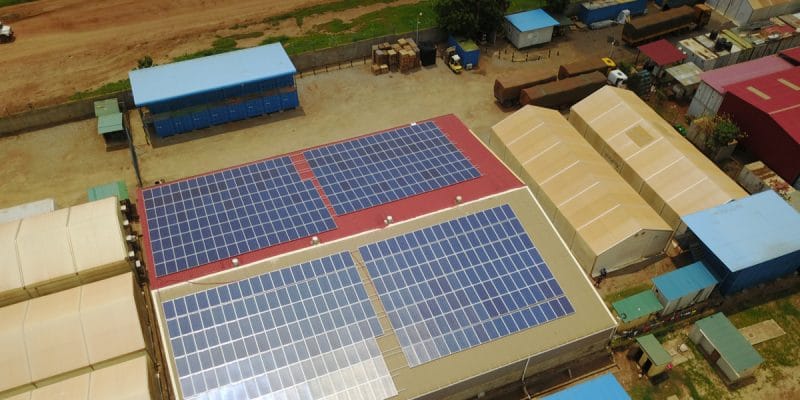 The International Solar Alliance (ISA) is supporting the government of Guinea in its desire to provide the country with a solar equipment manufacturing plant. The project will not only enable Guinea to become a solar equipment exporter, but also to achieve its objectives under the Paris Agreement. The country aims to produce 47 megawatts (MW) of solar and wind energy by 2030.

The International Solar Alliance (ISA) will explore ways to establish a solar battery, panel and kit manufacturing plant in Guinea. It also intends to provide assistance in capacity building for Guinean technical managers on solar applications. These commitments were made in response to requests from the Guinean government.

The two parties met on September 27, 2019 in Conakry, the Guinean capital. The Guinean Minister of Energy, Dr Cheikh Taliby Sylla, then expressed the wish to manufacture solar equipment at the local level, in order to take advantage of the country’s rich solar potential. Guinea has 2.8 kW/h/m2/day. Apart from public lighting, provided by solar streetlights, there is no advanced national policy that allows solar energy to be used on a large scale.

The meeting on the 27th of September 2019 in Conakry was above all an opportunity to evaluate the projects undertaken by the ISA in Guinea. “The first project concerns the solar bridge for agricultural use, but also for the development of the drinking water supply system. The second programme, which we have launched, is developing a solar roof installation programme. It is a project that aims to install mini solar power plants. And finally, we have a program, which has just recently been launched, to develop solar-powered vehicles that include a storage system,” said K. S. Poli, Head of Mission of the International Solar Alliance. Projects with an overall cost of around $20 million.

The ISA is an intergovernmental organisation whose objective is to encourage better use of solar energy to reduce dependence on fossil fuels. Launched by France and India on the margins of COP 21 in Paris in 2015, the ISA now includes more than 121 countries, most of them among the sunniest in the world, as they are located in whole or in part in the terrestrial intertropical belt, i.e. between the Tropics of Cancer and Capricorn.

The ISA projects in Guinea also meet the country’s commitments made in October 2015 under the Paris Climate Agreement (21 COP). The country aims to produce 30% of its energy from renewable sources by 2030. The share of solar and wind power is expected to reach 47 MW.