Homepage » GUINEA: Eiffage to build a 40 MW dam in the West of the country

GUINEA: Eiffage to build a 40 MW dam in the West of the country 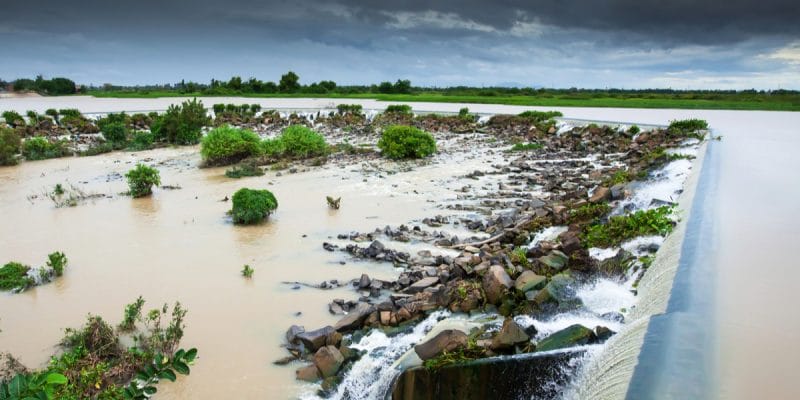 The French construction giant Eiffage will start construction work on a 40 megawatt (MW) hydroelectric dam in the city of Pita in western Guinea. The feasibility study for this project was presented on September 25, 2019 in Conakry, the Guinean capital. The seasonal dam can be combined with solar energy for permanent operation.

Fétoré, a tributary of the Kakrima River located in the Pita prefecture in western Guinea, will be the site of a hydroelectric dam by 2025. With a capacity of 40 megawatts (MW), the project is called “Pita Hydroelectric Dam”. The construction work will take 6 years, at a cost of 84 million euros.

“This is a project that we believe is reliable and important for Guinea’s development. It takes into account a large number of environmental and social data and will help to optimise the cost of energy production in Guinea”. Nicolas Sureau, Director of the Department of Development and Studies for Eiffage’s international projects, explained. On Wednesday September 25, 2019, the French construction group presented the feasibility study for the Pita dam in Conakry, the capital.

Considering that it will be a seasonal dam, which will only operate for 6 months of the year during the rainy season, the idea of a hybrid dam has been put forward. “If they build a dam that only operates six months of the year, it is better to plan a solar power plant nearby that will take over from hydropower during the dry season,” proposed Kalémodou Yansané, a Guinean politician.

The presentation of the feasibility study on the Pita hydroelectric dam takes place in a Guinean context in which initiatives of this kind are flourishing all over the country as two days after this presentation in Conakry, the capital was the scene of a major commitment. The International Solar Alliance (ISA) has promised to grant the Guinean authorities’ wish to set up a factory to manufacture batteries, solar panels and kits.

And two days before, Guinean President Alpha Condé co-chaired the plenary session of the forum of the 10th meeting of the African Renewable Energy Initiative (AREI) on the 23rd of September 2019 in New York with his Chadian counterpart, Idriss Déby. Launched in 2015 on the sidelines of the Cop 21 in Paris, this initiative, chaired by Guinea, is endowed with ambitious objectives.

The AREI aims to achieve at least 10 gigawatts of renewable and additional energy production capacity to provide access to electricity for people across the continent by 2020, universal access to energy by adding at least 300 gigawatts by 2030, a project that could also benefit Guinea, nicknamed the West African water tower.