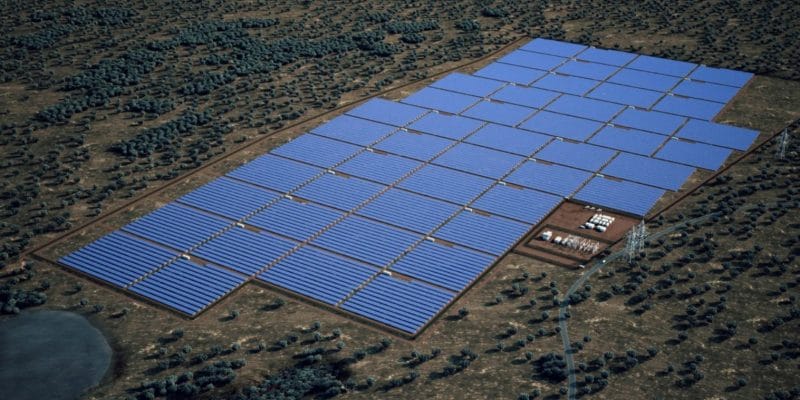 A power purchase agreement (PPA) was recently signed between the state-owned Electricité de Guinée (EDG), InfraCo Africa, a company of the Private Infrastructure Development Group (PIDG), and Solveo Energie, a subsidiary of Solveo International Investments. The PPA covers the production of the future Khoumagueli solar power plant, which will have a capacity of 40 MWp.

A new step has been taken in the implementation of the Khoumagueli solar project in Guinea. After the concession agreement in February 2019, the developers of this clean energy project have just signed a power purchase agreement with the state-owned company Electricité de Guinée (EDG). The solar project is being developed by InfraCo Africa, a Private Infrastructure Development Group (PIDG) company and Solveo Energie, a renewable energy producer based in Fenouillet, France.

InfraCo Africa is investing in the project through its contracted developer, Aldwych Africa Developments (AADL). The consortium has set up Khoumagueli Solar S.A., an ad hoc company to develop, build and operate the future 40 MWp facility.

A project to support the Garafiri hydroelectric plant

“The signing of the PPA is a key milestone for the Khoumagueli project, which will provide reliable and affordable electricity to homes and businesses in Guinea. In these uncertain times, it is admirable that the teams involved have continued to work towards the signing of this important agreement. This signing demonstrates the continued commitment of EDG and the Guinean government to developing the country’s clean energy sector,” said Gilles Vaes, InfraCo Africa’s CEO.

Under the PPA, EDG will purchase electricity from the Khoumagueli solar plant for 25 years. In addition to diversifying Guinea’s electricity mix, the future solar park will support the Garafiri hydroelectric plant (75 MW), built between 1995 and 1999 on the Konkouré River. The idea is simple. During periods of low rainfall, the Garafiri hydropower plant will be able to slow down its operations and store water during the day (when the Khoumagueli solar plant is producing electricity), and then run its turbines at full speed at night.

According to InfraCo Africa, the complementarity between the two plants could allow 20% of Garafiri’s output to be shifted in time and minimise supply disruptions caused by a refurbishment programme at the hydropower plant. The project should therefore demonstrate the use of solar energy to mitigate the impact of seasonal rainfall fluctuations on hydropower supply.