Homepage » GUINEA: Bolloré collects 1.35 tonnes of “e-waste” at the Autonomous Port of Conakry

GUINEA: Bolloré collects 1.35 tonnes of “e-waste” at the Autonomous Port of Conakry 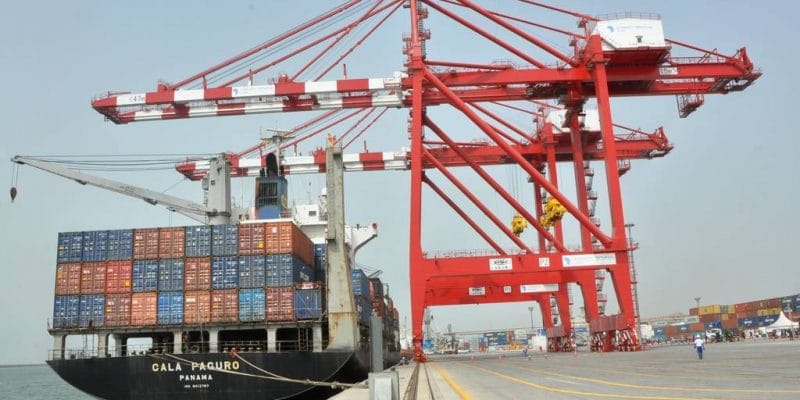 The Guinean subsidiary of Bolloré Transport & Logistics Corporate has just completed an internal e-waste collection operation. At the end of this operation, 1.35 tonnes of electrical and electronic waste were collected and transported to the Industrial Waste Management Centre (Cegedi) in Conakry.

Bolloré Transport & Logistics wants to reduce the environmental impact of its activities in Africa, particularly through the recycling of its e-waste. In Guinea, the subsidiary of the French group Bolloré has just collected 1.35 tonnes of electrical and electronic waste. The waste consists of desktop and laptop computers, video projectors, printers, keyboards, empty cartridges, screens and batteries. This e-waste was collected on July 17th, 2021. Bolloré Transport & Logistics is including this operation in the “one month for the planet” initiative, which its local subsidiary has organised from June 21st, to July 21st, 2021.

The electrical and electronic waste will be processed at the Industrial Waste Management Centre (Cegedi). The facility, located in the Guinean capital Conakry, specialises in the transport, sorting, storage and recovery of electronic waste into other products. This waste contains heavy metals and other toxic substances such as lead, arsenic and mercury.

If not properly managed, this waste could cause irreparable damage to both humans and the environment, says the World Health Organisation (WHO) in a new report published on June 15th, 2021. For the international organisation, the implementation of the circular economy of e-waste as envisaged by Bolloré and other companies is the key to preserving human life and the environment.

Read Also – CSR: the commitment of companies to the achievement of the SDGs in Africa

By recycling its electrical and electronic waste, Bolloré also aims to reduce its carbon footprint. Sustainable waste management is one of the eight pillars of its new “Green Terminal” label, launched in June 2021. The group thus wants to reduce the environmental impact of the port platforms managed by Bolloré Ports in Africa.