Homepage » GUINEA-BISSAU: The CDN team is now able to budget its climate strategy

GUINEA-BISSAU: The CDN team is now able to budget its climate strategy 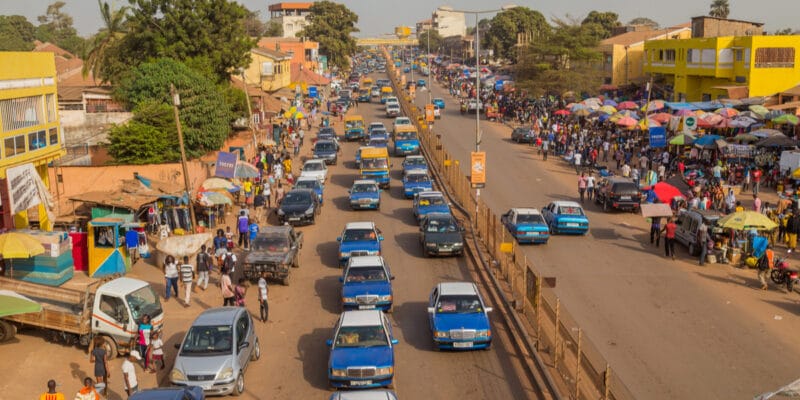 Guinea-Bissau can now estimate the costs of climate change impact and adaptation on its territory. This was made possible thanks to the capacity building workshop for the local team in charge of revising the nationally determined contribution (NDC). This work was supported by the African Development Bank (AfDB) in the run-up to COP26 in November 2021 in the United Kingdom.

Guinea-Bissau will give grain to grind to participants at the 26th United Nations Framework Convention on Climate Change (COP26) scheduled for November 2021 in the United Kingdom. The West African country will now estimate the costs of climate change impact and adaptation in its national space. This ability was acquired from January 25th, to February 5th, 2020 in the capital Bissau, during the capacity building workshop of the local team in charge of revising the nationally determined contribution (NDC) of Guinea-Bissau in its “Adaptation Component” of the agriculture, forestry and other land use sector (Afolu).

The NDC team was formed by the African Development Bank (AfDB), through the African Climate Technology and Finance Network and Centre (ACTFCN). “It is essential to support the adaptation component of Guinea Bissau’s NDCs. Like other African countries, Guinea Bissau is exposed to the adverse effects of climate change in almost all productive sectors of national life, especially its population and natural ecosystems,” explains Al Hamndou Dorsouma, the AfDB’s Climate Change Adaptation Division Manager.

In its 2020 report on the economic outlook for Guinea-Bissau, the AfDB states that the vulnerability of agriculture and fisheries to climate change threatens the livelihoods of more than 70% of the population. Irregular rainfall and frequent flooding in coastal regions and islands threaten the economy and the population, particularly the large proportion of poor and vulnerable households for whom alternative livelihoods are limited.

The challenges of revising the NDCs in Guinea-Bissau

In 2015, Guinea-Bissau, like many countries that have taken part in the United Nations Framework Convention on Climate Change (UNFCCC), developed and adopted the Nationally Determined Planned Contribution (NDPC) document, which sets out the West African country’s commitments on adaptation and mitigation to climate change. Guinea-Bissau’s ratification of the Paris Agreement on October 22th, 2018 effectively transformed the PCDN into a NDC which now constitutes the country’s commitments to the Paris Agreement.

Thanks to the technical support provided by the AfDB, Guinea-Bissau hopes that the NCD, which is currently being revised, will accurately estimate the local costs of climate change impacts as well as those of adaptation strategies. This wish meets two objectives: to communicate to the international community the major adaptation needs of a very vulnerable country and to promote the inclusion of adaptation in all sectoral policies and programmes of the government of Guinea-Bissau.