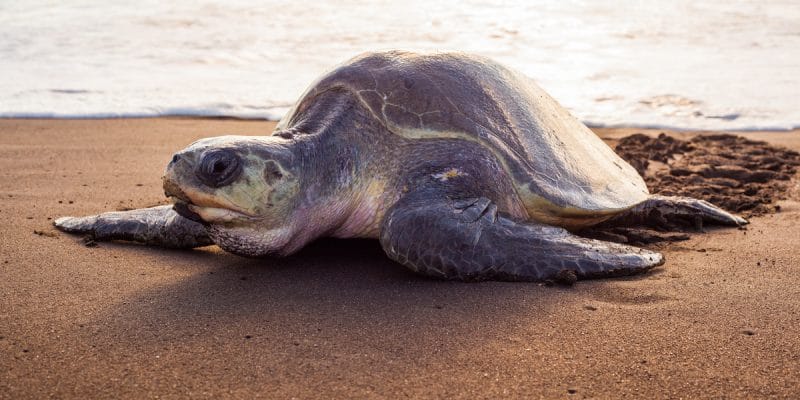 In a recent study published by British, Portuguese and Guinea-Bissau researchers, it is reported that by the end of the century, only 7 to 24% of male sea turtles may remain, due to climate change. In turtles, it is the incubation temperature of the eggs that determines the sex of the baby to come?

West African waters, particularly those of Guinea-Bissau, are likely to soon contain almost no males in the marine turtle population due to climate change.

As the surface temperature of the globe increases, so do the eggs of sea turtles, which hatch, into females. The endangered animal, whose ecological contribution is decisive for the marine environment, has a thermo-dependent sexual determinism. It is the same for other reptiles such as snakes, lizards, and crocodiles.

The Copernicus Climate Change Service (C3S, a European Union research centre on climate data), reports that global warming is more intense than ever: 2018 was the 4th warmest consecutive year on record with a global temperature of 14.7°C, while greenhouse gas emissions and concentrations continue to rise.

In this context, there is great concern about the results of the study carried out on the Guinea-Bissau coast by a team of researchers from the University of Exeter in Great Britain, the Mare Marine Ecology Centre in Lisbon, Portugal, and the Biodiversity Institute of Guinea-Bissau. While male births of green marine turtles are almost as numerous as those of females (52%), by 2100, only 7 to 24% of males may remain due to climate change.

The 93% of females will then have a hard time procreating, due to the lack of males. Anything that will further contribute to threatening the survival of the species. In addition to predation, in Guinea-Bissau and the rest of West Africa, sea turtles suffer from marine pollution and in particular from plastic bags, which they confuse with jellyfish and cause intestinal obstructions. Not to mention beach erosion or sand extraction for construction, and shoreline artificialisation in general.

It is in this context that the government launched in 2010, the project “Strengthening the conservation conditions of marine turtles in Guinea-Bissau”. The activities carried out within the framework of this project are: monitoring spawning periods on beaches, establishing a protection regime and limiting fishing in the Unhocomo and Unhocomozinho meadows area, logistical support for scientific missions, and scientific collaboration with the Antinea Foundation’s mission.

Public authorities’ motivation is not only to preserve a strong link in ecotourism, but also to guarantee exceptional West African characteristics. Of the eight species of marine turtles that inhabit the world’s seas, five are regularly observed in the waters of this region, only two of which reproduce in large numbers. Some 2000 to 3000 female loggerhead turtles lay eggs in the Cape Verde archipelago, mainly on the island of Boa Vista. In Guinea-Bissau, in the Bijagós Archipelago, some 7000 to 35,000 green turtle egg-laying birds are recorded each year.