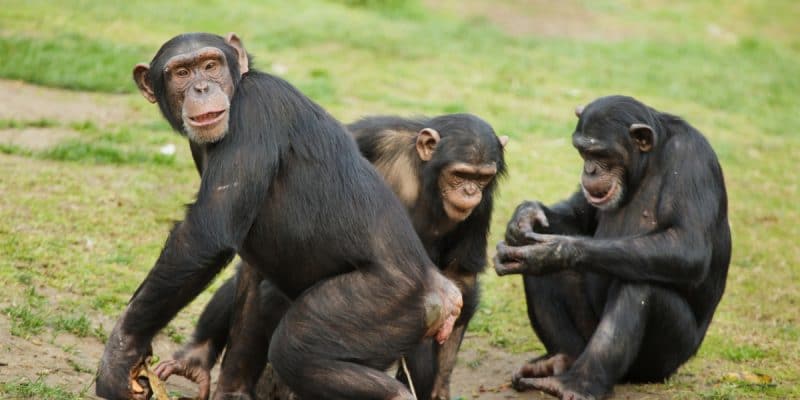 The Cohab project has just taken shape in Guinea Conakry. Funded to the tune of $700,000 by the American foundation Arcus and implemented by the company Biotope, the three-year project aims to identify solutions to improve cohabitation between chimpanzees and local communities in Fouta-Djalon, in central-west Guinea.

The French company Biotope, which has been leading the update of the National Action Plan for the Conservation of Chimpanzees in Guinea (PANCCG) since 2017, has just launched a new project in this sense. This is the “Cohab” project, as in cohabitation, which aims to test solutions for cohabitation between chimpanzees and local communities in three localities in Fouta Djallon, a group of highlands located in west-central Guinea.

The project was initially scheduled to start in 2019, but was postponed several times due to the Covid-19 pandemic. It was not until June 2021 that the team of consultants was able to travel to Guinea to continue Cohab’s activities. Based on the priorities identified in the PANCCG, the Biotope team and its partners (Guinea Ecology, Jane Goodall Institute and Leaf Inspiring Change) will continue the dialogue with local communities until June 2022, in order to work on the various solutions that have emerged from the project’s activities, to define their implementation modalities and to prioritise actions for their realisation on the ground.

Funded by a $700,000 grant to Biotope from the American Arcus Foundation, Cohab has a dimension that extends beyond Guinea’s borders. The West African chimpanzee is the most widely distributed anthropoid ape in the world. Apart from its stronghold in Fouta-Djalon in Guinea, the primate, which shares 98% of its genes with humans, is also present in Sierra Leone and in the vicinity of lakes Tanganyika and Victoria. Thus, the results and good practices from the three Cohab pilot sites (Kéwé, Pellel Koura and Sabé) will be shared in 10 to 20 other sites in the region, to encourage the appropriation of effective solutions for the conservation of West African chimpanzees.

Read also, Africa is not immune to the rapid global biodiversity loss!

The West African chimpanzee has long been protected by cultural taboos against hunting or eating its meat. However, the balance of this coexistence is threatened by external pressures (immigration, foreign investment, etc.) and internal pressures (social changes, increasing forest conversion, competition for resources such as water, forest products or crops, etc.). According to Biotope, these threats do not only concern Fouta or Guinea, but the whole of West Africa. While its population was estimated at nearly 2 million individuals at the beginning of the 20th century, today there are only 500,000 West African chimpanzees in the wild. As a result, the species is listed as “endangered” by the International Union for Conservation of Nature (IUCN).