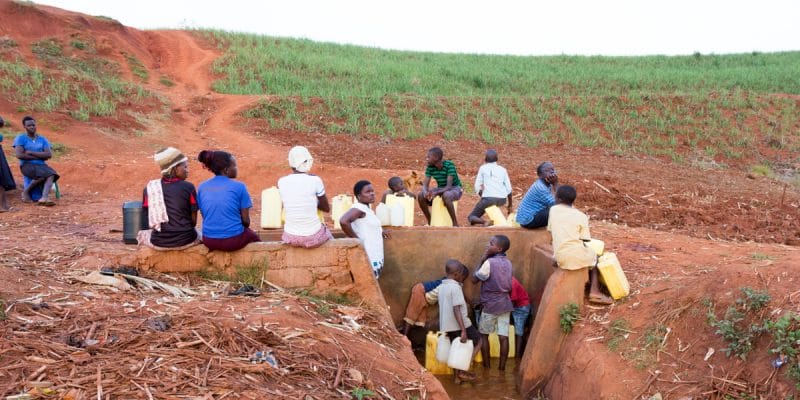 The AfDB has been Guinea Conakry's key partner for the past 10 years. Based on its development strategy for Africa, the bank would have produced significant results in terms of sustainable cities in Guinea. In addition to sanitation and drinking water supply, AfDB financing would have helped to reduce access time to Conakry's city centre by 80%.

The African Development Bank (AfDB) General Directorate for West Africa presented a review of its cooperation with Guinea over the past ten years on April 25, 2019, in Conakry, on the basis of a report on its cooperation with Guinea. The Summary Review of 2007-2018 Results in Guinea shows that the Bank has provided 465,000 people with access to safe drinking water and sanitation.

Despite the huge disparities between rural and urban areas in Guinea, according to the latest 2016 Multiple Indicator Cluster Survey (MICS), 82.4% of the population has access to safe drinking water and 53.4% to sanitation. These rates are certainly appreciable, but still far from the universality of access to these two fundamentals for all, targeted by the Sustainable Development Goals (SDGs).

The current level of access to safe drinking water and sanitation in Guinea has benefited from the AfDB’s contribution, through the Bank’s support to Guinea’s National Water Points Service (Snape). In 2010, 1405 boreholes, 12 drinking water supply systems (WSP) and 6779 latrines were completed in Upper Guinea with the AfDB’s financial support of US$ 19 million. Between 2006 and 2009, the bank financed approximately $1.3 million for the project to develop the National Drinking Water Supply and Sanitation Programme (PN-AEPA).

In the energy sector, AfDB projects have enabled nearly 500,000 people to benefit from new (or improved) connections to the electricity grid. Another achievement to be highlighted is the Guinea-Mali electricity interconnection project. In February 2018, the Guinean and Malian governments launched the “Multinational 225 Kilovolt (KV) Guinea-Mali Power Interconnection Project” in Conakry. The investment, estimated at nearly €300 million, is provided by various donors, including the African Development Bank.

These various projects, in association with the redevelopment of the Tombo-Gbessia road, which will reduce access time to Conakry’s city centre by 80%, are achievements included in the review of AfDB-supported projects in Guinea over the past 10 years. “This report shows how crucial the African Development Bank’s support has been, is and will be, as it is part of a logic of listening, proximity and excellence to build, in coordination with other development partners, the necessary conditions for a sustainable and inclusive improvement in the standard of living of Guinean populations,” said Marie-Laure Akin-Olugbade, the AfDB’s Executive Director for West Africa.

The Bank’s new 2018-2022 Country Strategy for Guinea is built around two pillars, including improving access to energy. As such, power grids are being built between seven West African countries, with Guinea being the focal point of this interconnection. It could export up to 1,493 GWh of electricity by 2022. Guinea does not yet have paved roads linking it to the three-border countries – Ivory Coast, Guinea-Bissau and Liberia – and ongoing work will take five years to connect them to Conakry, the capital.