Homepage » GUINEA: a collective initiative allows the cleaning of the fishing port of Bonfi 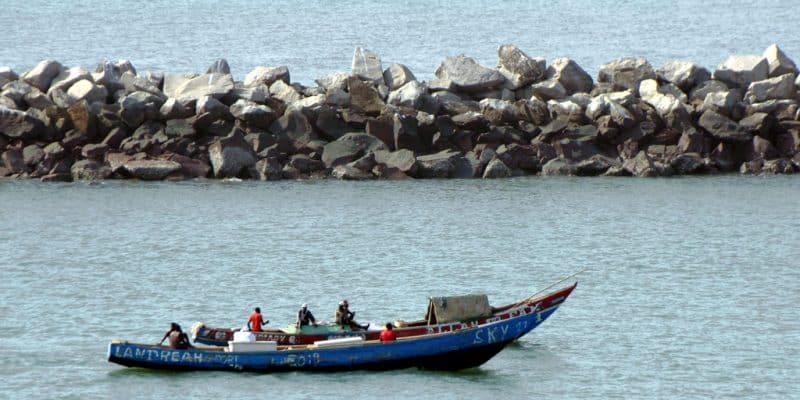 In Guinea, a waste collection operation has just been completed at the landing stage of the fishing port of Bonfi located near the capital Conakry with a view to reducing pollution and protecting aquatic species.

While the autonomous port of Conakry was recently awarded the “Green terminal” label for its environmental performance, the fishing port of Bonfi in the council of Matam is still known for the impact of its industrial activities on ecosystems. It is in this context that the National Federation of Artisanal Fishermen of Guinea (FNPAG) recently carried out a sanitation operation on the site in order to rid it of its waste (solids and plastics) which pollute the surrounding ecosystems.

The initiative, in partnership with the Guinean Ministry of Fisheries and the Maritime Economy, mobilised employees, fishermen and residents of the Bonfi port. “The gutters in the neighbourhood all lead to this port. When it rains, the water does not circulate as it should….When the water directs the rubbish to the sea, it is then rejected,” explains Sacko Mama Aissata, the director general of the port of Bonfi.

This initiative is in line with the General Civic Sanitation Day recently set up by the Guinean authorities to get rid of the waste that litters the streets of the country’s 344 councils. This day, jointly coordinated by the governors and municipal authorities, is observed in neighbourhoods, concessions, markets, bus stations, landing stages, fishing ports and other public places, every first Saturday of the month.

At the same time, a technical landfill and organic waste recovery centre will be built by 2023 in the commune of Ratoma. The site, built by the National Agency for Sanitation and Public Health (ANASP), covers 100 hectares and is intended to replace the saturated Conakry landfill.