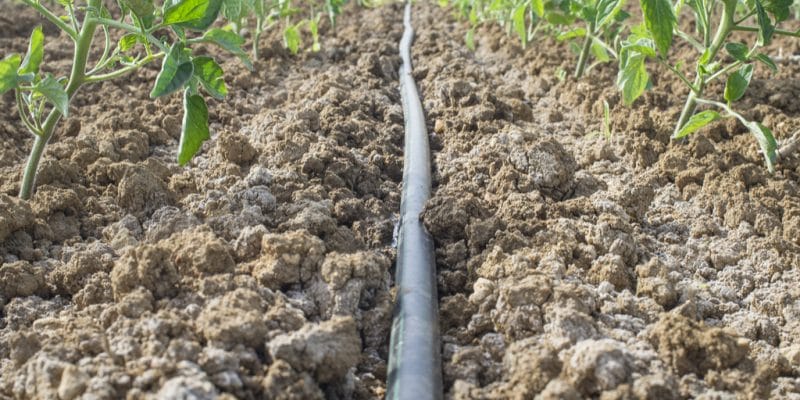 It is a major irrigation project that has been in the drawers for five years and that Ghana's President Nana Akufo-Addo has decided to dust off to give new impetus to his country's agriculture. Incidentally, the Torgorme irrigation project would create 12,000 jobs.

President Nana Akufo-Addo personally launched the Torgorme irrigation project in Tongu District, Volta region. According to Ghana’s Ministry of Food and Agriculture, it would enable farmers to increase their incomes, thereby improving living standards in the 17 communities concerned.

What has attracted attention in this West African country are the projections of the President of the Republic. Nana Akufo-Addo says the Torgorme irrigation project will create 12,000 jobs in the rural areas concerned. Just setting up the irrigation system would enable 600 people to find work, with or without qualifications.

Multiply the irrigated area by four

The installation of an irrigation system in the Volta region is part of the Ghanaian government’s desire to launch a commercial agriculture project, which received support from the World Bank and the American cooperation agency USAid in 2012. But nothing has changed since then. The Torgorme irrigation project is therefore of great importance to Ghana’s economy.

It is worth noting that the project, estimated at 50 million dollars (of which more than 25 million dollars will come from the taxpayer according to the Ghanaian president), aims to extend the irrigable land in this region, which would pass from 450 hectares currently to approximately 2 000 hectares, to serve approximately 6 000 people distributed in the various communities. Nine crop varieties have been selected for large-scale production under the irrigation plan to improve the livelihoods of small farmers. These are pepper, corn, peas, cabbage, rice, soya and watermelon.

A boost for smallholder farmers

The irrigated area would be cultivated twice a year, which would further double production. In addition to skills transfer, small farmers will also benefit from marketing their products through collaboration with large agricultural enterprises with significant technical, administrative and financial resources.

President Akufo-Addo wants to make agriculture the foundation of his country’s development. That is why he is seeking support from the World Bank and other donors to support this promising project.

Ghana has 1.9 million hectares of irrigable land but only 210,000 hectares are properly developed, which represents just over 11% of the total area that can potentially be irrigated. Agriculture accounted for 17 per cent of Ghana’s Gross Domestic Product (GDP) in 2017, down 3 per cent from 2014. The success of the Torgorme irrigation project and other projects in the pipeline, such as the Kpong and Tolon irrigation system in the north, will undoubtedly increase the share of agriculture in Ghana’s economy.