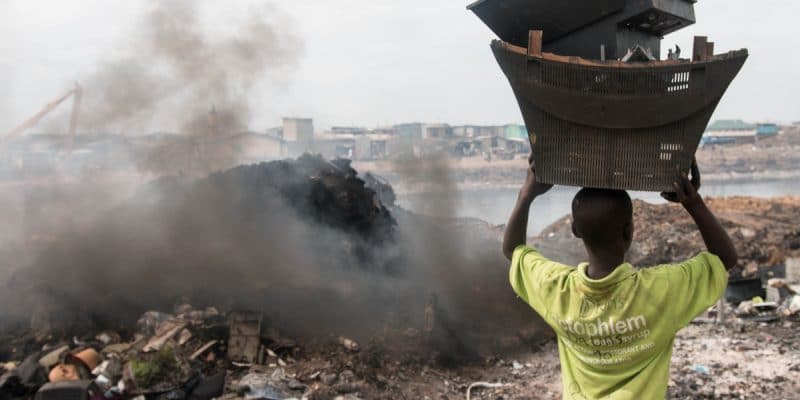 The second phase of the Sustainable Recycling Industries Project (SRI) has officially been launched on the 5th of March 2020 in Accra, the capital of Ghana. Financially supported by Switzerland to the tune of EUR 6.1 million, this phase will run for a period of 4 years. It represents an effective solution to the problem of electronic waste in Ghana. This West African country illegally receives an average of 40,000 tonnes of such waste per year.

According to the environmental NGO Blacksmith Institute, the Agbogbloshie landfill in Accra, Ghana, is the most polluted area in the world, ahead of Chernobyl (a Ukrainian city that suffered a nuclear disaster in 1986). Despite the dangerous nature of the place, nearly 10,000 people continue to search through garbage, risking their health in search of precious metals found in discarded smartphones.

In order to reduce the environmental impact of this landfill and that of the entire electronic waste chain in Ghana, the country’s authorities, with financial support from Switzerland, launched the Sustainable Recycling Industries Project (SRI) in 2015. After the first phase (2015-2018), the second phase (2019-2023), costing around EUR 6.1 million, was officially launched on the 5th of March 2020 in Accra. It aims to strengthen national e-waste treatment capacities in terms of infrastructure and human resources. This includes teaching informal recyclers how to extract copper from old devices without necessarily burning them.

It is also planned to raise awareness among producers and importers of electronic equipment on the proper management of e-waste.

The Basel Convention is not being complied with

The Basel Convention, signed in 1989, prohibits developed countries from dumping hazardous waste in less developed countries. This international treaty, however, is clearly not respected. The European Union and the United States, which together account for nearly 50% of the world’s electronic waste, are circumventing the Basel Convention by exporting their waste as “second-hand goods” to low-income countries like Ghana.

This practice is at the origin of Agbogbloshie, the largest e-waste landfill, which, according to local authorities, receives close to 40,000 tons of e-waste every year.