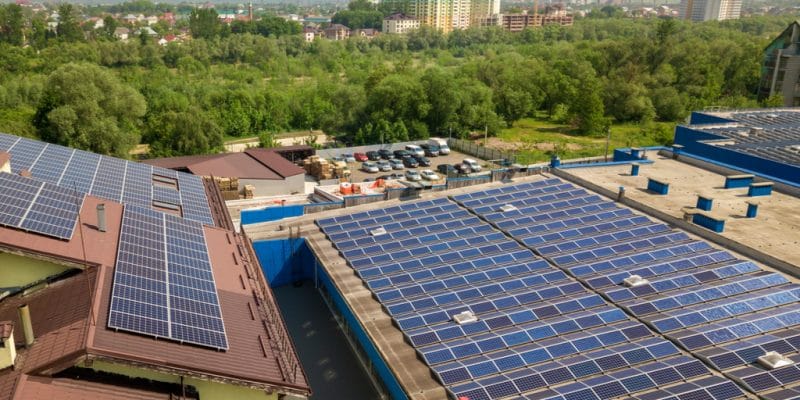 An agreement was recently signed between the solar system supplier, Stella Futura, and Miniplast, a Ghanaian company specialising in recycling plastic waste. Stella Futura will install a small photovoltaic solar power plant on the roof of Miniplast's factory in Accra, Ghana.

Miniplast wants to reduce the environmental impact of its factory on the Spintex industrial estate in Accra, the capital of Ghana. To achieve this, the company specialising in plastic recycling has signed an agreement with the solar off-grid supplier Stella Futura. It provides for the construction of a small photovoltaic solar power plant on the rooftop of the factory.

The plant will have a 705 kWp capacity. Miniplast will not initially invest in the installation of the solar panels on the roof of its factory. The company, which melts plastic waste to make containers, will simply pay an electricity bill to Stella Futura. The project is financed by Empower Invest, an impact investment fund managed by Empower New Energy (EmNEW).

The solar power plant will be operational by July 2020. Stella Futura estimates that the facility will generate 1,100 MWh of electricity per year, while avoiding the emission of 800 tons of carbon dioxide over the same period, or approximately 24,000 tons of carbon dioxide over the 30 years of Stella Futura’s operation. “We are delighted to install one of the largest industrial and commercial PV systems in Ghana. This project will not only increase the use of clean and reliable energy, but also reduce our diesel consumption and lower our electricity costs,” says Nadim Ghanem, Managing Director of Miniplast.

The solar power plant on the roof of Miniplast’s factory is one of Empower Invest’s first portfolios, launched in September 2019 to finance small renewable energy projects in Africa. The fund initially chose to invest in projects in Kenya, Rwanda, Ghana, Nigeria, Ethiopia and Tanzania. It is expected to expand this offer to other African countries.

Empower Invest is supported by several donors, the most important of which are Norfund, a private equity company of the Norwegian government, and Electrification Financing Initiative (ElectriFI), an investment fund owned by the European Union.