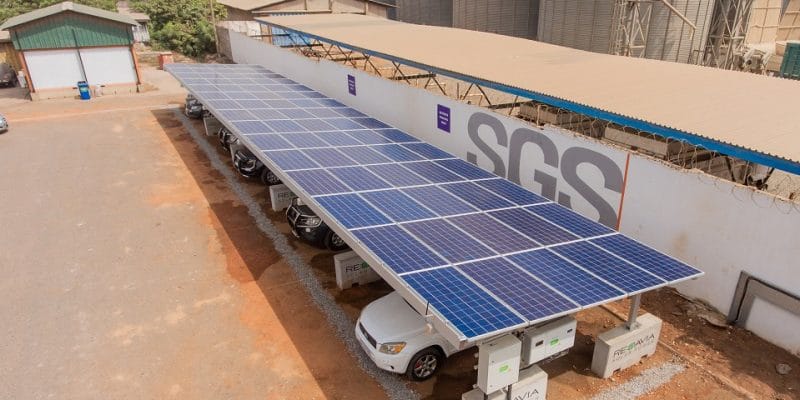 The German company Redavia recently installed a carport equipped with solar panels for SGS, a Swiss certification company. This solution, designed to optimise parking space, was set up at the company's site in the city of Tema.

A carport has recently been installed in the car park of SGS, a Swiss company offering services in the sectors of control, verification, analysis and certification in relation to the marketing and transport of goods. This is no ordinary carport as it is equipped with solar panels that produce electricity.

The installation was carried out by the German company Redavia, a well-known off-grid provider in Ghana for its numerous projects. The new system, which has just been mounted in the SGS car park in Tema, is called Fast Track Solar 40 Carport (FTS-40CP). Redavia says the cover of the shelter can be arranged either in one row of 16, or in two rows of eight boxes each. “Regardless of the configuration, the FTS-40CP allows customers to make efficient use of the land they own, even if it is just to transform their parking lot into a new power generation facility”.

“We are pleased that Redavia’s carport will allow us to increase our solar power generation capacity, taking us one step closer to our environmental goal of reducing CO² emissions, while making the most of our land,” says Samuel K. Gyan, SGS’ Managing Director for English-speaking West Africa.

In recent months, Redavia has been increasing the number of solar off-grid projects in companies in Ghana. Just a few weeks ago, the Munich-based company installed a mini off-grid solar power plant for a cold store of Movelle Company, a major Ghanaian trading company specialising in the import of food products. The plant in Takoradi has a capacity of 90 kWp.