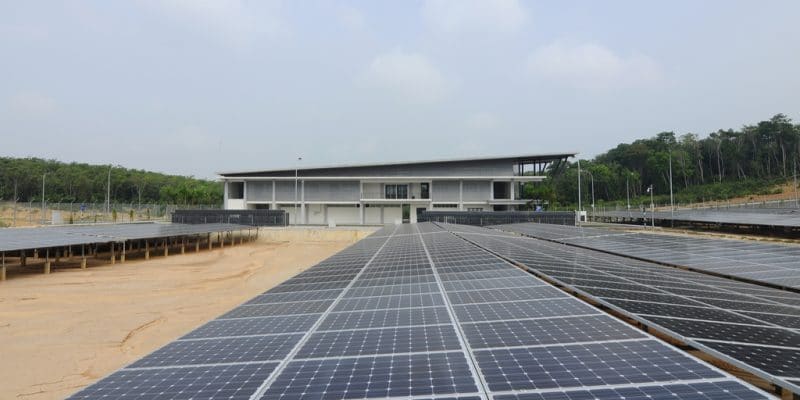 The German company Redavia recently supplied an off-grid solar system to a cold store of the Movelle Company, a major Ghanaian trading company specialising in the import of agri-food products. Off-grid will be a second alternative to electricity supplied by the national grid.

One of Movelle Company’s fish conservation sites now has an off-grid solar system. It has recently been installed by the German company Redavia, which is investing more and more in Ghana. Located in Takoradi, a port city in southwest Ghana, this site acts as a cold-storage facility for freezing fish caught in the Atlantic Ocean.

Such a site needs an uninterrupted supply of electricity. However, this 24/7 availability weighs on Movelle Company’s invoices. That is why it has signed an agreement with Redavia. The German company has installed a 90 kW solar off grid on its freezing site. The two partners plan to expand the plant’s capacity to 174 kW in the near future. This off-grid mini solar power plant should enable Movelle Company to save money and, above all, to take a step towards autonomy from the grid of the state-owned Electricity Company of Ghana (ECG).

“Solar energy reduces costs, generating savings that can be reinvested, while reducing the company’s carbon footprint. It’s a win-win system,” says Erwin Spolders, Redavia’s founder and CEO. His company should ensure the maintenance and technical follow-up of the installation.

The economic equation operates according to the pay-as-you-go model, a system in vogue in the off-grid sector on the African continent. It should be noted that this off-grid is at the heart of Redavia’s deployment strategy in Ghana. The company will install 55 off grids of 100 kW each in several companies across the country.

The project was funded by several partners. For example, the Electrification Financing Initiative (ElectriFI), an investment fund that supports the private sector in electrifying areas not served by the national electricity grid. This financial institution injected $2 million into Redavia.

Another partner has invested in Redavia for deployment in Ghana. It is responsAbility Investments, which has injected $4 million. These investments should also enable Redavia to better market its new system. It is a containerised solar system, comprising “high-performance solar modules and high quality electrical components”. A solution that allows you to deploy the off grid very quickly, but also to dismantle it and redeploy it to a new site, in a flexible, cost-effective and fast way.