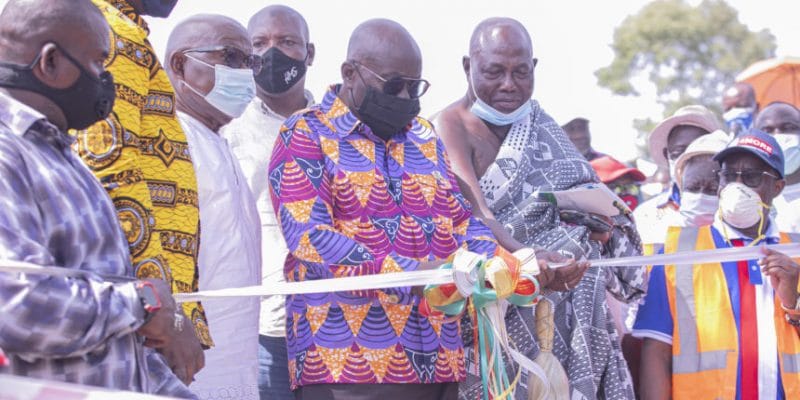 The President of the Republic of Ghana Nana Addo Dankwa Akufo-Addo recently inaugurated the Tsatsadu small hydroelectric power station. The facility, which has a capacity of 45 kW, is located in Hohoe District, Volta Region.

The Tsatsadu small hydropower plant was recently inaugurated by the Ghanaian Head of State Nana Addo Dankwa Akufo-Addo. The facility operates the Tsatsadu Falls in the Hohoe District, Volta Region. “The design, engineering and construction was carried out (…) by engineers and workers from the Bui Power Authority (BPA). In order for us to take full advantage of it, there will be a research site for those who will operate it to acquire the necessary knowledge,” President Nana Addo Dankwa Akufo-Addo said at the ceremony.

The inauguration of the power station comes one year after it was commissioned. It is a run-of-river power plant, that is to say, a facility that does not depend on a dam for its operation. The installation consists of a spillway that diverts part of the flow of the Tsatsadu River. An intake installed in the spillway leads the water to a diversion channel. The water passing through the diversion channel flows through a 300 mm diameter steel penstock down a steep slope to a hydroelectric power station built at the foot of the hill. With the speed generated by the hill, the water turns a turbine that produces 45 kW of electricity. 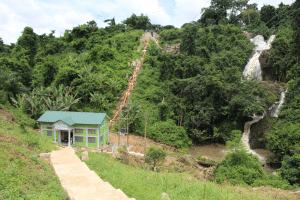 The capacity of the small hydropower plant is expandable ©BPA

BPA estimates that the plant’s capacity can be expanded with a new 40- or 60-kW turbine. The US$400,000 project was financed largely by internally generated funds from BPA and a contribution of US$80,000 from the UNDP (United Nations Development Programme) Energy Commission’s Renewable Energy Technology Transfer (RETT) project, which received funding from the Danish government to cover the purchase of electromechanical equipment and technical support.