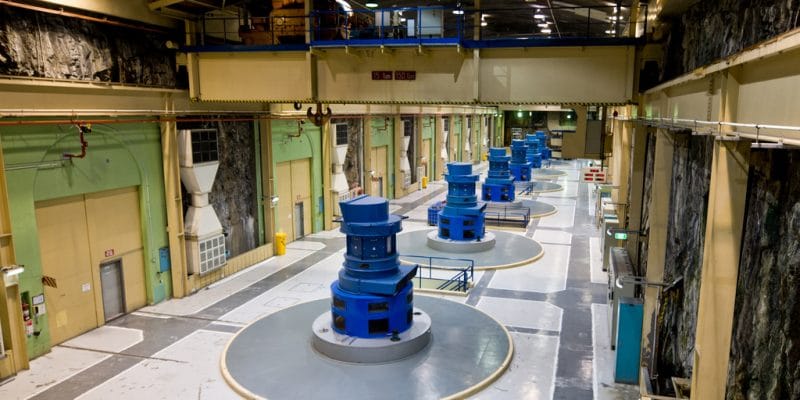 The Andritz Hydro company has just delivered the Kpong hydroelectric power station in Ghana, after rehabilitation works. The installation, which has a capacity of 160.5 MW, has just been put back into service by the President of the Republic of Ghana, Nana Addo Dankwa Akufo-Addo.

The Kpong hydroelectric power station was restarted on October 26th, 2020, 43 months after the start of rehabilitation works. According to the President of the Republic of Ghana, Nana Addo Dankwa Akufo-Addo, the refurbished 160.5 MW power station will supply 12% of the electricity of this West African country for the next 30 years. Kpong is the second largest hydroelectric dam built (in 1982) in Ghana, after the Akosombo power station (912 MW) which provides up to 58% of the country’s electricity.

Upgrading work on the Kpong hydropower plant, located on the Volta River, 80 km from the capital Accra, was carried out by Andritz Hydro, a global supplier of electromechanical systems and services for hydropower plants. The company was awarded the contract following an international tender launched in July 2013 by the Volta River Authority (VRA), the public body established by the Ghanaian government to develop, deploy and sustainably use the Volta River resources and other renewable energy sources found in the river basin.

To ensure a continuous supply of electricity to the population, Andritz Hydro has manufactured and installed new electrical and mechanical equipment in the Kpong hydroelectric power station. This includes generators and excitation equipment, turbines and auxiliary equipment, regulators, generator transformer, power plant service facilities and hydro mechanical equipment. “The rehabilitated turbines will be operated as base load units. By modernizing the regulators, it will be possible to increase their role in controlling frequencies on the interconnected grid,” said Andritz Hydro in 2013 when signing the contract with VRA.

The project to rehabilitate the Kpong hydropower plant was financed thanks to a 50 million euro concessional loan from the French Development Agency (AFD).