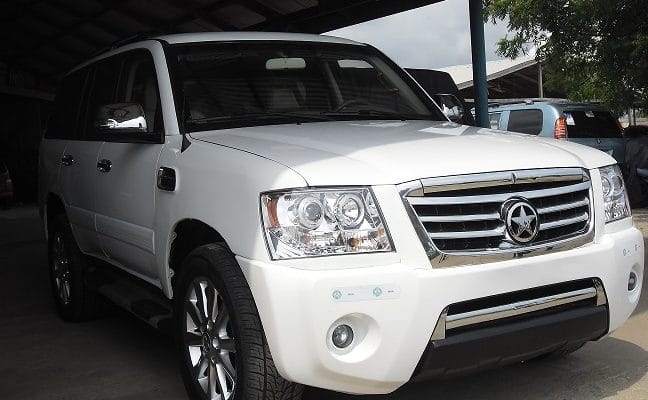 The Ghanaian car manufacturer Kantanka Automobile Company has announced its intention to start producing electric cars in December 2019. It aims to conquer the local market and set out on an international journey.

The Kantanka Automobile Company is once again on the news. The Ghanaian car manufacturer intends to produce electric cars from its factory in Kumasi, southern Ghana. Kwadwo Safo Kantanka Junior, the general manager of the Ghanaian company, unveiled his company’s new project during a broadcast on a local radio station.

“Kantanka will build electric cars that could travel between Accra and Kumasi before they need to be recharged. We intend to start this business before the end of this year,” says Kwadwo Safo Kantanka Junior. This objective may seem disproportionate for a company that brought out its first factory car in 2015. But for its manager, the objective is to lead the innovation battle being waged by car manufacturers.

Will Kantanka have the necessary resources to achieve its goals? Nothing could be less certain. However, the young car manufacturer has already ventured outside the African continent by opening a representation in Dubai, United Arab Emirates. It is a strategic city as it welcomes businessmen from all over the world all year round.

In Ghana, people are increasingly adopting Kantanka cars, the result of an old dream and hard work that began in 2001 with the creation of a limited liability company, whose main mission was to conduct research on the manufacture of automotive components and their combination with other parts subcontracted by other suppliers to form a complete unit.

The research led to the creation of a company, which today mainly produces off-road cars. A range of pick-ups and SUVs (Sport utility vehicles). Kantanka is highly admired in Africa. In fact, Ellen Johnson Sirleaf, the former president of the Republic of Liberia, has bought a Kantanka sedan.

Recently, the Ghanaian government acquired 500 vehicles produced by Kantanka. These 4x4s are mainly intended for the Ministries of Agriculture and Trade. In 2018, the Ghanaian police also equipped themselves with Kantanka pick-ups. A way for the Ghanaian state to propel Kwadwo Safo Kantanka, on the road to success and recognition.