GHANA: GRIPE and BRRI use plastics waste to design toilets 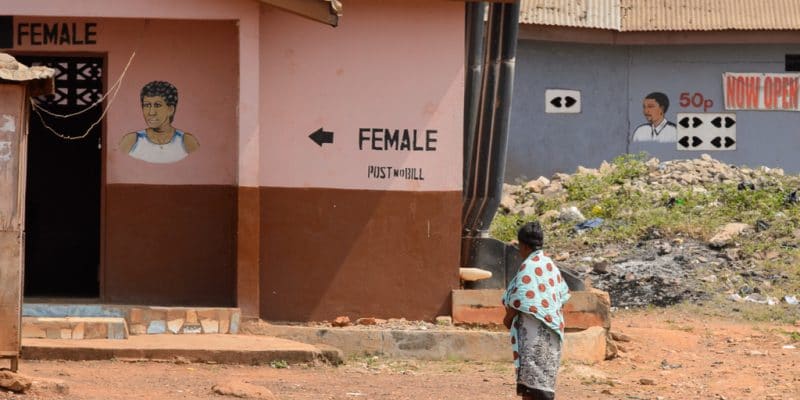 Ghana Recycling Initiative by Private Enterprises (GRIPE) and Building and Road Research Institute (BRRI) have just opened toilets in a school in Kumasi, Ghana. They have been designed from processed plastic waste.

Domeabra M/A Junior High School, a primary school in Ejisu Juaben district of Ashanti region, has provided new latrines for its students. They are not just any latrines, as they are built in part with materials made from plastic waste.

It is a building with six latrines. It was built by Ghana Recycling Initiative by Private Enterprises (GRIPE), an association formed mainly by large agri-food companies with interests in Ghana. For example, Coca-Cola, Unilever, Guiness (owned by the British company Diageo, Ndlr), Nestlé, Voltic and PZ Cussons. The GRIPE worked on this project with the Building and Road Research Institute (BRRI) of the Council for Scientific and Industrial Research (CSIR).

The construction of the toilets at Domeabra M/A Junior High School required the processing of 2 tonnes of plastic waste. This material has been integrated into the materials used in the construction of the building. Thus, in mortar, processed plastic waste represented 3% while 80% was used to make the paving stones. “This project, which uses plastic waste as concrete for construction, offers a huge opportunity for large volumes of plastic waste, used waste. Concrete blocks are an important building material in Ghana, representing more than 80% of the built environment,” explains Ama Tagbor, the project’s senior consultant.

GRIPE and BRRI took four months to build the facility housing the latrines at Domeabra M/A Junior High School. The research that led to the construction of the facility began in 2018. “As a pilot research project, the Ghana Industrial Association (GIA) and the GRIPE expect that the scientific data generated by the project will inform policy formulation, further research and replication in other parts of Ghana,” says Ama Tagbor.

The Ghana Recycling Initiative by Private Enterprises (GRIPE) and the Building and Road Research Institute (BRRI) initiative could lead to the construction of additional public toilets from plastic waste, thus contributing to the recovery of plastic waste in Ghana and to the government’s policy to eradicate open defecation that causes public health problems in this West African country.