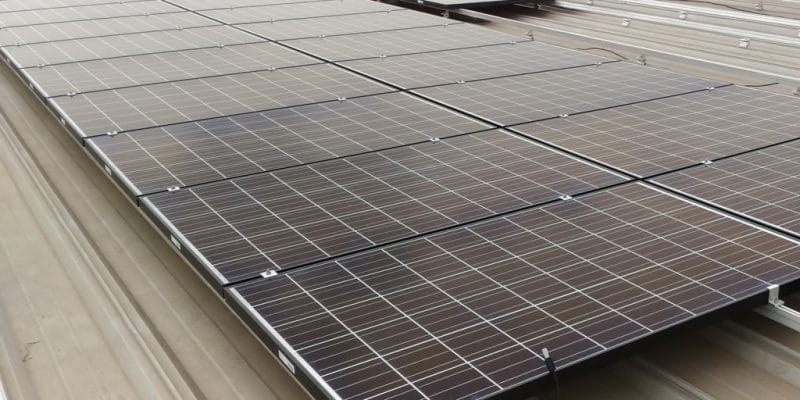 A solar photovoltaic system is now operational at Takoradi Technical University (TTU) in Ghana. The installation with a capacity of 25 kWp was financed and installed by the Korean company Green ENS Company.

Takoradi Technical University (TTU) is already benefiting from the clean energy provided by a solar photovoltaic system that has just been installed there by the Korean company Green ENS Company. The small plant consists of 70 solar panels installed on the roof of the library of the higher education institution, located in south-western Ghana. The plates are connected to two inverters, as well as an electricity storage system consisting of two 500Amp-hour battery units.

According to university officials, the first inverter powers the ground and first floors while the other powers the second floor which houses the digital library. As part of its project, Green ENS Company has invested 100,000 dollars. The maintenance of the solar system will be carried out by the TTU’s Directorate of Works and Physical Development. The grid-connected system will save 24,000 Ghanaian cedis (nearly $4,116).

“Electricity is important to the operation of the facility and if you look at our bills, we pay about 5 million Ghanaian cedis (more than US$857,000) a year. This is why the university council has been working over the past two years to put in place an electricity mix that saves energy and reduces costs. This information came to MP Joseph Cudjoe through one of our council members,” says John Frank Eshun, the vice-chancellor of Takoradi Technical University.

The project has been of particular interest to Joseph Cudjoe, who is also Ghana’s Deputy Minister of Energy, also because he was a lecturer at the TTU for almost 15 years. He too has been subject to the vagaries of the national electricity grid. “One evening, while I was preparing notes in the library, the lights went out (…). The experience of that evening stayed with me for a very long time. That’s why I started with the library so that when electricity from the main grid is not available, the solar system would be available to provide electricity continuously”, Joseph Cudjoe.

The vice-minister plans to continue working with the Korean Green ENS Company to secure the power supply to other buildings at Takoradi Technical University.