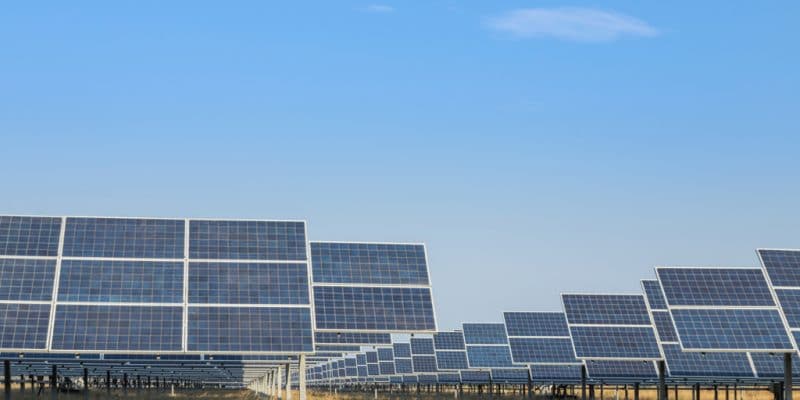 The Spanish energy company Elecnor has just completed the construction of one of the two photovoltaic solar power plants planned in the Upper West region. The installation, located in the town of Lawra, has a capacity of 6.5 MWp. The park was commissioned by the President of the Republic of Ghana Nana Addo Dankwa Akufo-Addo.

The Spanish electrician Elecnor, the contractor of a solar project underway in the Upper West region of Ghana, has just delivered its first results. On October 10th, 2020, the President of the Republic of Ghana, Nana Addo Dankwa Akufo-Addo, commissioned a photovoltaic solar power plant in the town of Lawra. The installation has a capacity of 6.5 MWp, instead of 4 MWp as initially planned by the Ghanaian government. It is connected to the grid via a medium-voltage transmission line connected to a 34.5 kV substation in Lawra. Construction work on the Lawra solar power plant took eight months. 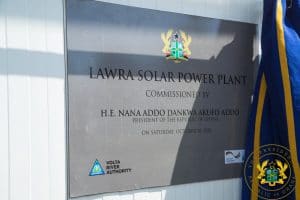 The solar park has a “fully equipped” control building. Electricity from the plant will supply some 15,000 households.

Elecnor is currently building another solar power plant (13 MWp) in Kaleo, again in the Upper West region. The company is working in collaboration with the Volta River Authority (VRA), the public body created by the Ghanaian government with the aim of developing, deploying and sustainably using the resources of the Volta River and other renewable energy sources found in the river basin. Work on this second power plant is expected to be completed by December 2020.

The Kreditanstalt für Wiederaufbau (KfW), the German development agency, is financing the construction of the two solar power stations to the tune of 25 million dollars (nearly 145 million Ghanaian cedis). “Once completed, the two projects would generate enough energy to power up to 32,000 households and increase the geographical distribution of electricity production in Ghana. Kaleo will also become the first grid-connected solar power plant in the Upper West Region and will contribute to its development,” said President Nana Addo Dankwa Akufo-Addo at the start of construction in February 2020.

The two solar installations will also avoid the emission of 7,400 tonnes of CO2 per year, according to the Ghanaian state.