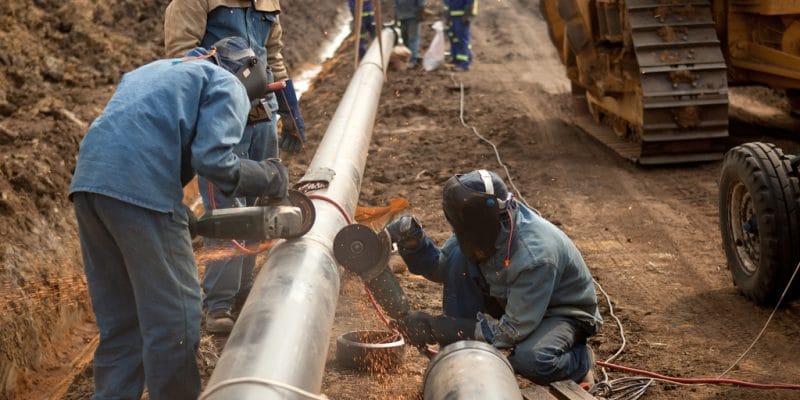 During a visit to the Tono drinking water project site, Ghana's President Nana Addo Dankwa Akufo-Addo assured that the $42 million project would be completed in 2021.

Workers at the construction site of the Tono drinking water project recently received a visit from the President of the Republic of Ghana. Nana Akufo-Addo arrived in the Upper East region to oversee the progress of the work carried out by Denys, a company based in Wondelgem, Belgium.

The Ghanaian president said that the work is currently 36 percent complete and is expected to be fully completed by July 2021. The contract, awarded by the Ghana Water Company to Denys, includes the design and construction of a water intake at the Tono Multipurpose Dam. The water pumped will flow through a pipeline to the drinking water plant to be built in Tono. It will have a daily capacity of 10,000 m3 of drinking water.

The drinking water from the plant will be transported via another 64 km long pipeline to supply the towns of Navrongo, Bolgatanga and Paga. In these three cities, 50 km of distribution network will have to be built. Denys will also install raised tanks in the cities of Navrongo, Zuarungu. For the operation of all these installations, a 100 km power line between the municipality of Kassena-Nankana and the Bolgatanga District will also be built.

In addition, the company, which employs more than 2,200 people, will rehabilitate the Voa drinking water plant that will serve the town of Bongo and its surroundings, where Denys will build 400 standpipes.

All the facilities, which will provide 20,500 m3 of water per day, will be handed over to the Ghana Water Company. According to Annalies De Beule, the coordinator of Tono’s drinking water project, “over a period from 2021 to 2040, the project will serve more than 200,000 people in the beneficiary municipalities and districts with very good quality water, mainly for domestic use”.

The implementation of Tono’s drinking water project will require an investment of $42 million. The financing is provided by the Ghanaian government with a loan from Internationale Nederlanden Groep (ING) of Belgium, an international bancassurance financial institution of Dutch origin. The project is also supported by the Dutch government.