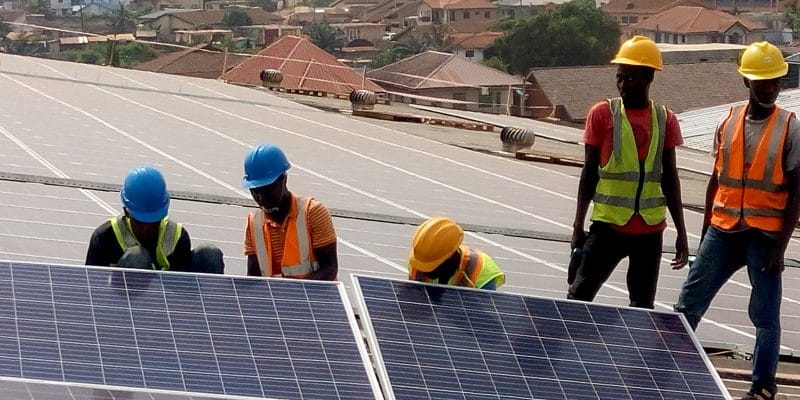 Yingli Namene West Africa Ltd, a Ghanaian company has just completed the construction of a solar off grid on the roof of a factory in Accra, the capital of Ghana. The company collaborates with CrossBoundary Energy Ghana, an investment fund manager specialising in solar energy production. The plant will supply energy to a bottling plant owned by Kasapreko Company Limited, a Ghanaian company.

In Accra, the capital of Ghana, the Spintex Road bottling plant of the Ghanaian company, Kasapreko Company Ltd, will now operate on solar energy. It’s now possible thanks to the Ghanaian company Yingli Namene West Africa Ltd. The latter built an off-grid solar system on the company’s roof with a capacity of 400.4 kWp. This was achieved through collaboration with CrossBoundary Energy Ghana, a subsidiary of CrossBoundary Energy, an investment fund that finances off-grid solar rooftop projects for companies in Africa.

CrossBoundary has signed a power purchase agreement with Kasapreko. The agreement provides that the company will receive a monthly invoice including maintenance, monitoring and insurance costs over a period of 16 years. It was the bottling company that had the idea of installing off grid on its roof with the help of Yingli Namene. The contract between CrossBoundary and CrossBoundary provides that CrossBoundary will also maintain the facility.

SolarAfrica also participated in this project by acting as a designer and supplying the site. It is a company that aims to provide off-grid on the rooftops of companies in all African countries. In fact, Evolution II, the investment fund of Inspired Evolution, has invested more than 7 million dollars in its capital.

For the Kasapreko off-grid solar project, SolarAfrica will act as asset management and performance monitoring manager. According to CrossBoundary, this new off grid should reduce the plant’s CO2 emissions by 4,600 tonnes. This represents the company’s emissions, which until now has been powered by diesel generators. The new off grid consolidates CrossBoundary’s position in the off-grid sector in Kenya. Also present in Rwanda and Kenya, the company already has an installed capacity of 30 MW.

The company recently announced a $16 million investment for its development in Africa. These funds were lent by the Rockefeller Foundation, an institution that finances projects carried out by companies operating in underprivileged communities. The Shell Foundation and UK Aid also participated in this fundraising event. Overseas Private Investment Corporation (OPIC), the U.S. government’s development finance institution, also invested $6 million. All these funds should propel CrossBoundary forward. She who dreamed of extending her services to all of Africa.