Homepage » GHANA: BPA connects a floating solar power plant in the basin of the Bui dam

GHANA: BPA connects a floating solar power plant in the basin of the Bui dam 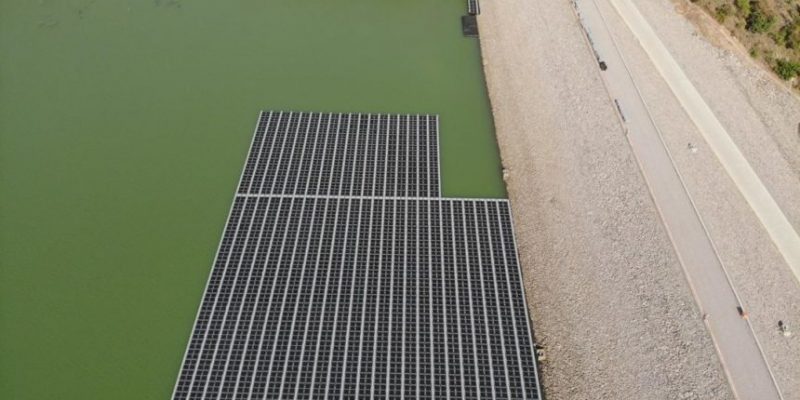 The Ghanaian authorities have inaugurated a floating solar power plant built in the reservoir of the Bui hydroelectric dam in Ghana. This 5 MWp plant is part of a project to support the hydropower installation with a 250 MWp solar system.

The Bui Power Authority (BPA) has not been slow in implementing its project to hybridize the Bui hydropower plant in north-eastern Ghana. The body responsible for managing this facility has just built a floating solar photovoltaic power plant in the reservoir of the Bui Dam.

The 5 MWp solar farm is part of the first phase of a project to support the Bui hydropower plant with a 250 MWp photovoltaic solar system. In times of drought, the solar power plant should complement the production of the dam, which drops as the flow of the Volta Noire river drops. According to Afare Apeadu Donkor, the chairman of the board of directors (PCA) of BPA, construction work on the second phase of the project, in addition to the new floating solar power plant, is “progressing”. 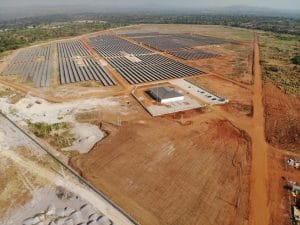 For the record, the Bui hydroelectric dam was commissioned in 2013 by the Chinese company Sinohydro. It operates with a gravity dam 108 m high above the foundations, 90 m above the river bed, over a length of 492 m at the crest. The hydroelectric power station has a capacity of 404 MW. The facility, which provides water for irrigation of 30,000 hectares of plantations, was 80% financed by Exim Bank of China ($562 million).