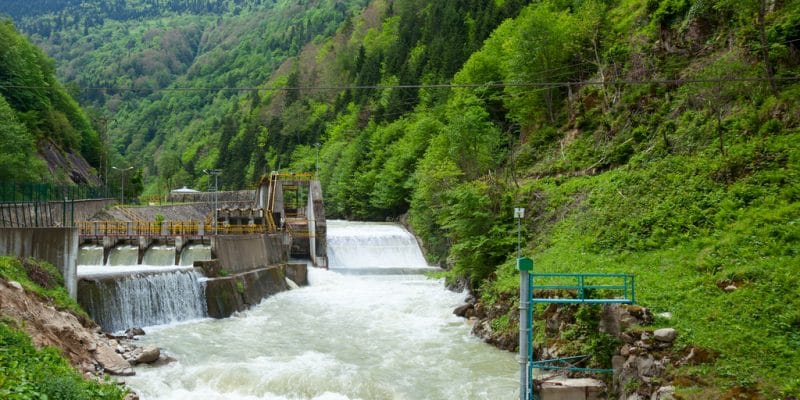 The Bui Power Authority (BPA) has recently completed the construction of a mini hydroelectric power plant in Hohoe District, Volta Region in southeast Ghana. The system has a 45 kW capacity.

A mini-hydro plant will soon start supplying electricity in Hohoe District, Volta Region, Ghana. Its construction has just been completed by the Bui Power Authority (BPA). It is a public body created by the Ghanaian government to develop, deploy and sustainably use the resources of the Black Volta and other renewable energy sources found around this river that crosses Burkina Faso, Ivory Coast and then joins the Volta River in Ghana.

The mini-hydro plant that the BPA has just built is located at Tsatsadu Falls in Hohoe District, Volta Region. It is a run-of-river power plant, i.e. one that does not operate with a dam. The facility consists of a spillway that diverts part of the flow from the Tsatsadu River. A water intake installed in the weir leads the water to a diversion channel.

The support of the UNIDO

The water passing through the diversion channel flows through a 300 mm diameter steel forged pipe, down a steep slope before reaching a hydroelectric power plant built at the foot of the hill. With the speed generated by the hill, the water drives a turbine that produces 45 kW of electricity.

“The electromechanical equipment donated by UNIDO (United Nations Industrial Development Organization) was recovered from the Volta River Authority (VRA) and maintained. The project, initially designed as a 30 kW stand-alone system, has been transformed into a 45 kW grid connection system. A new synchronous turbine “A”, with a capacity of 45 kW and a new charge controller were therefore purchased to replace the existing 30 kW turbine and charge controller,” explains BPA.

No impact on the environment?

The BPA estimates that the plant’s capacity can be expanded with a new 40 or 60 kW turbine. The project was launched in 2005 with the signing of an agreement between the Ghanaian Ministry of Energy, UNDP and the International Network of Small Hydropower Plants of China (IN-SHP) for feasibility studies. The development of the project was then entrusted to the BPA company.

The latter relied on its young engineers to build the installations. The entire project required an investment of $400,000. Most of the funding was provided by the BPA, which also received $80,000 from the RETT (Renewable Energy Technology Transfer) project initiated by the United Nations Development Programme (UNDP). The project has also received support from the Danish government.

According to the BPA, the hydroelectric power plant located on Tsatsadu Falls has no impact on the environment since it does not use a water reservoir. In addition, the public agency decided to plant trees on the project site to “restore vegetation to protect the banks of the river against siltation, sedimentation, erosion, nitrogen and phosphate loads”.