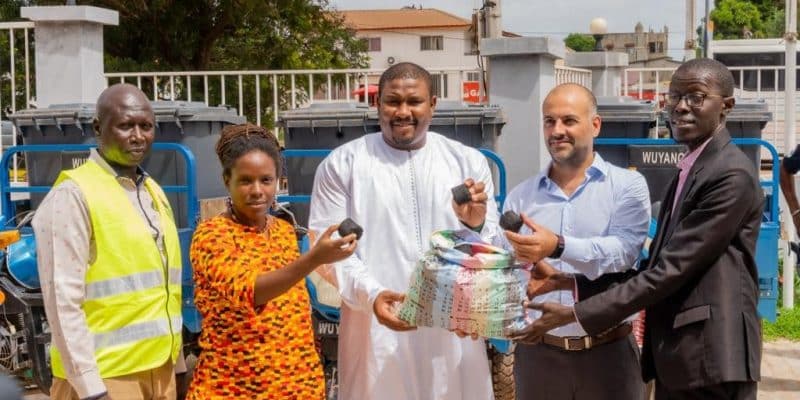 Between compost making and biodegradable products taught to the populations of the city of Kanifing, the initiative "Strengthening Climate Resilience through Sustainable Management of Biodegradable Waste" ends in The Gambia with a promising result for the circular economy in this West African country.

In The Gambia, the initiative “Building Climate Resilience through Sustainable Management of Biodegradable Waste” has come to an end in the municipality of Kanifing, not far from the capital Banjul. Over a period of twelve months, the operation implemented by the UK-based WasteAid organisation was deployed mainly in the Abuko and Old Jeshwang markets where many traders were trained to sort food waste while 30 gardeners learned how to transform it into biomass briquettes used as an energy source for cooking.

This alternative to wood for cooking will strengthen climate resilience by reducing deforestation, as the UN Food and Agriculture Organisation (FAO) reports that The Gambia lost nearly 100,000 hectares of forest between 1998 and 2008. This is why the European Union (EU) has funded WasteAid’s initiative as part of the Kanifing Environmental Transformation Project (KETP), which brings together Kanifing Municipality, Peterborough City Council (PCC) in the UK and the Opportunity Peterborgh economic development agency.

In 2021, the implementation of this project received $180 million in funding from the EU through the Global Climate Change Alliance Plus (GCCA+). According to Talib Ahmed Bensouda, the mayor of Kanifing, the funds were used to convert the Bakoteh landfill site near the southern town of Serekunda into a waste transfer centre. The facility already stores waste before sorting and recycling.