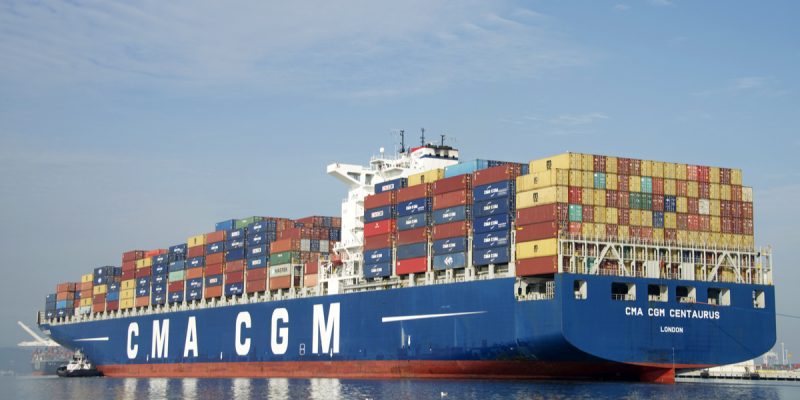 The French group CMA-CGM has decided to suspend all shipments of timber from the Gambia. It is a decision which is contained in the new CSR (Corporate Social Responsibility) policy of the shipping company, which aims to fight against illegal timber trafficking in West Africa. In the last three years, the Gambia has exported more than 300,000 tonnes of rosewood to China.

The measure was made public on the 8th of July 2020. CMA-CGM, a global shipping giant, has suspended timber exports from the Gambia due to alleged trafficking of rosewood in the West African country. “Following several suspicions that undeclared rosewood may have been part of Gambia’s cargo shipments, the Group has decided to suspend timber exports from the country until further notice,” CMA-CGM said.

It is a decision that will certainly be welcomed by the West African authorities, whose measures to combat illegal timber trafficking have proven to be ineffective. In a survey published in March 2020 by the British television channel BBC, it appears that the Gambia has exported more than 300,000 tonnes of rosewood to China since 2017. As the Gambia has almost exhausted its rosewood reserves, much of this precious and rare wood comes from neighbouring Senegal. Once it reaches China, the wood is used to make luxury furniture. Since 2010, this traffic has been taking place in contravention of the international protection of West African rosewood, established by the Convention on International Trade in Endangered Species of Wild Fauna and Flora (CITES).

Creation of a blacklist of exporters suspected of environmental crimes

As part of the strengthening of its corporate social responsibility (CSR) policy, the CMA-CGM Group has taken further steps to protect global biodiversity. Provisions that will undoubtedly contribute to reversing the trend of illegal wildlife trafficking in other African countries such as Madagascar. From now on, for any animal or plant merchandise, the shipper will have to expressly declare whether the species is covered by the CITES and, if so, provide the required export permit. At the same time, the group will draw up a black list of exporters suspected of participating in such trafficking.

CMA-CGM is the fourth largest container shipping line in the world. Its fleet of 502 vessels serves 420 of the world’s 521 commercial ports through 285 shipping routes. Present in 160 countries through 755 agencies and with a turnover of approximately 30.3 billion dollars, the French group, which is positioned as the benchmark for environmental standards in maritime transport, employs 110,000 people.