GAMBIA: Civil society wants to be involved in forest monitoring 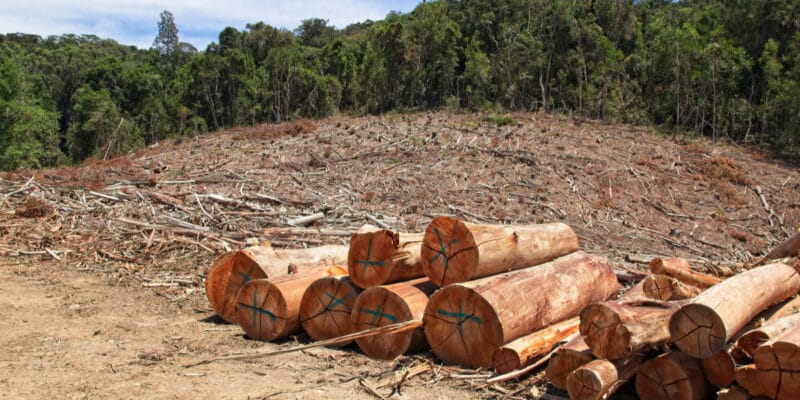 Gambian conservation organisations want to integrate the processes of policy and law implementation in the Gambia's forestry sector. This desire was expressed on May 7th, 2021 in Banjul, the capital, during a conference on deforestation in The Gambia, organised by the All Gambia Forestry Platform (AGFP). The West African country has lost more than 100,000 hectares of forest in the last 10 years.

The bleeding of forests continues in The Gambia despite the government’s ban on timber exports in 2019. In order to see this through, civil society actors want to integrate the forest monitoring mechanism. This was the main recommendation made in Banjul on May 7th, 2021 at a conference on illegal timber trafficking, organised by the All Gambia Forestry Platform (AGFP) under the theme “no trees no life”. “Participants at the conference called on the government to empower anti-deforestation organisations to participate in the control of illegal log trafficking at the borders and within the country,” reads the final communiqué.

Among other recommendations made to the government to stop deforestation in The Gambia, there is the sensitization of local authorities on their roles in issuing permits for felling trees in the forests under their jurisdiction. Participants urged the government to begin the process of enacting the Cites (Convention on International Trade in Endangered Species of Wild Fauna and Flora) Bill for effective protection of endangered plant species, enforce the ban on charcoal production and promote the use of alternative energy for domestic consumption.

According to AGFP President Saikou Janko, the Gambian government has weakened in its crackdown on illegal timber trafficking. The report of the investigation into the 38 containers of rosewood intercepted in Gambian seaports in 2019 has still not been made public. A scandal following which the French shipowner CMA-CGM decided in July 2020 to suspend all its timber exports from the Gambia.

Regarding rosewood, a report by the non-governmental organisation (NGO) Environmental Investigation Agency published in June 2019 indicates that over the past decade, 1.6 million trees have been exported from The Gambia. These figures come from a recent report published by the UN Food and Agriculture Organisation (FAO). The Gambia lost almost 100,000 hectares of forest between 1998 and 2008. This rapid loss of forest cover is especially detrimental to rural populations, whose livelihoods are threatened.