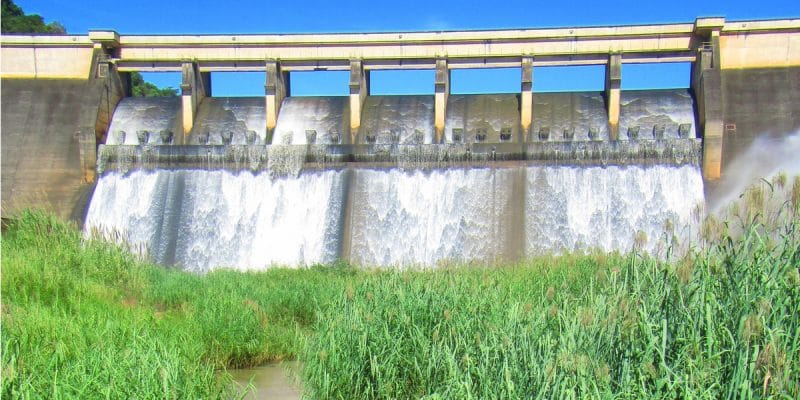 At the 3rd Summit of the Forum on China-Africa Cooperation (FOCAC), held on the 3rd and 4th of September 2018 in Beijing, China, the Gabonese authorities reached an agreement with Tebian Electric Apparatus Stock Ltd (TBEA). The Chinese company specialising in wind and solar energy will invest €180 million in the FE2 hydroelectric project in north-eastern Gabon.

“The construction of the FE2 hydroelectric power plant on the Okano River in Mitzic is expected to restart soon,” said Liban Soleman, head of the Coordination and Planning Office for Emerging Gabon (CEPGE), speaking on the sidelines of the 3rd Summit of the Forum on China-Africa Cooperation (FOCAC), in early September 2018 in Beijing, China. It is a decisive announcement for nearly 2 million Gabonese who have been waiting a long time for the benefits of a project whose construction work has been abandoned, three years after its beginning in 2010.

FE2 Falls, on the Okano River, is located south-east of Mitzic, a locality in the region of Woleu-Ntem in northeastern Gabon. This part of the river is characterised by two series of waterfalls with a total elevation difference of 88 metres over a distance of approximately 2,150 metres. It was from this location that work began in 2010 on the construction of a hydroelectric power plant, planned to generate 36 megawatts of total power.

The project, which was eventually to supply energy to the province of Woleu-Ntem, the city of Ndjolé and the country’s capital, Libreville, was interrupted due to a lack of funding.

The Chinese fund of 180 million euros are contributed by Tebian Electric Apparatus Stock Ltd (TBEA), a company specialising in wind and solar energy. It is a direct investment in the form of a public-private partnership with the Gabonese Strategic Investment Fund; a state structure founded in 2012, to allow Gabon to diversify and develop new projects that will generate income from non-oil sectors.

The FE2 hydroelectric power plant is a priority for the Gabonese government, “which is already working to establish a more balanced energy mix in order to reduce its dependence on hydrocarbons”, added Soleman, who is also in charge of the Gabonese National Investment Promotion Agency (known by its French acronym as ANPIG). As a reminder: the extractive industries, mainly oil-based, account for nearly 40% of GDP, 45% of budgetary resources and 85% of exports. The country’s growth forecast for 2018 is 2.2%.